A service from the Memorial Chapel of Gloucester Cathedral will be aired online on Sunday to mark the 70th anniversary of the historic Battle of the Imjin River. 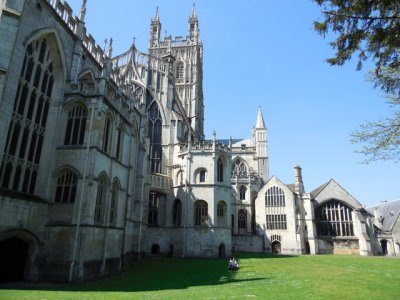 Led by the Bishop of Gloucester, the Right Reverend Rachel Treweek, the service will remember soldiers from the Gloucestershire Regiment who held up to 10,000 communist soldiers at a key point during the Korean War.

Members of the public will not be able to attend due to coronavirus restrictions but the service at 1pm will be available online.

Lt Col Tony Ayres, who leads the Imjin70 Group which is organising the service, said: "The Battle of the Imjin River was a prolonged battle over four solid days of fighting, followed by two years in a Chinese POW camp for the majority of those that survived.

"We feel that despite the Covid restrictions, we must commemorate these sacrifices on the actual anniversary of the Battle.

"The Imjin River was a turning point in the Korean War and the time that the Glosters bought the UN forces to re-group, enabled South Korea to become the successful and peaceful nation it has grown into today."

The service coincides with the final day of the battle which took place from April 22-25, 1951.

Canon Richard Mitchell said: "Gloucester Cathedral community looks forward to welcoming veterans and senior military personnel on this significant commemorative service and to making it available through live stream to those who will want to participate.

"We are pleased to honour again the service and sacrifice made by so many from our locality in the Korean War, whose actions will not be forgotten and are cherished. We thank God for them."