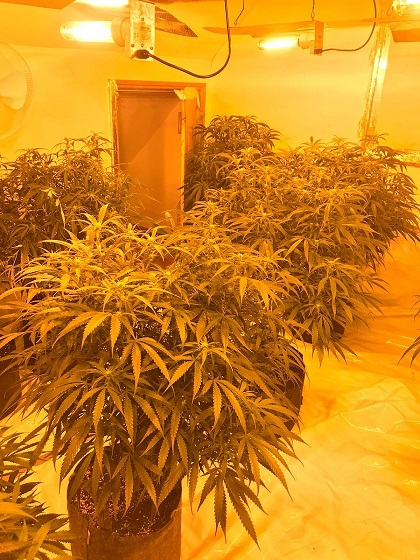 Police have seized cannabis plants and drug-related equipment from a property in Bourton-on-the-Water.

One man has been charged with the production of cannabis following the drugs warrant carried out at two addresses on Thursday (March 4).

Officers seized almost 60 plants, estimated to be worth up to £48,000, that were being grown at the property in Rissington Road.

An operation involving both Neighbourhood Policing and Crime Ops took place throughout yesterday after police received intelligence about a suspected cannabis factory.

A second property in Abingdon was also searched by police.

The grow has now been dismantled after being made safe by electricians.

A 21-year-old from Bourton-on-the-Water has been charged with production of cannabis and remanded in custody.

A 49-year-old man, also from Bourton, has been released under investigation.

If you believe drug activity is taking place, you can report this to police on their website or through Crimestoppers anonymously by calling 0800 555 111.