Gloucestershire is feeling the recruitment squeeze as the number of job vacancies across the UK hit a new record high of 3.5 million. 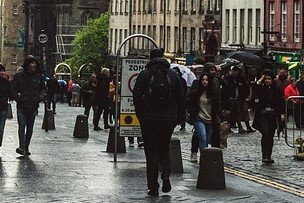 The highest number of vacancies, according to job advert data collated by REC, was for nurses - 155,520. That was followed by computer programmers and software engineers at 124,346 and care workers at 100,916.

Sam Holliday, Federation for Small Businesses in Gloucestershire, said some of this demand was created by people starting their own business - with 750,000 new businesses in the UK.

He said: "We used to talk about a skills shortage in this country but it's beyond that now.

"Everybody seems to be suffering from a staff crisis."

John McGinty, managing director of Gloucester City Council, said that of four refuse collectors recruited recently three of them had quit for new jobs by the end of their training.

Matthew Burgess, Gloucestershire College principal, said: "I have never known anything like it.

"For us our number one challenge is getting staff with the skills to teach the employees of tomorrow."