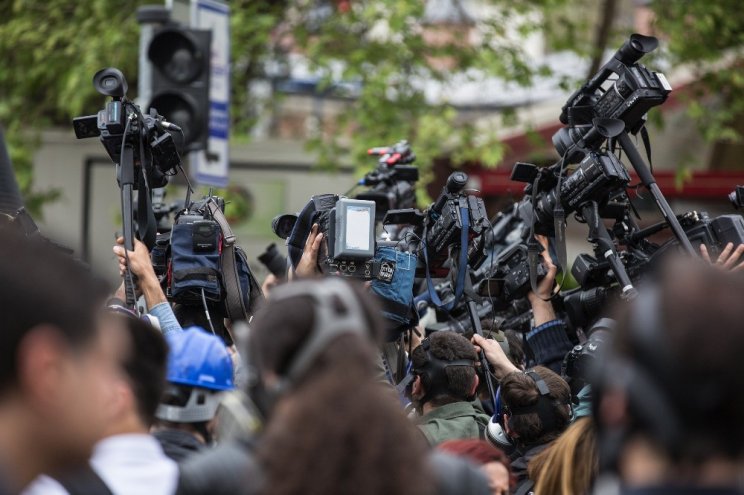 False information has become the latest symptom of the coronavirus pandemic with almost half of adults in the UK finding misleading claims online.

And the BBC has emerged as the most trusted broadcaster with the NHS topping the poll as the most reliable source.

The figures come from research by communications regulator Ofcom and cover the first week of the lockdown.

Topping the list for most common piece of false information was the claim that drinking more water can flush out the virus, which was seen by 35 per cent of online adults.

Claims the virus can be treated by gargling salt water or avoiding cold food and drink were both seen by 24 per cent.

Around two thirds of people questioned said misinformation is a daily occurrence with 55 per cent saying they ignore the false claims and 40 per cent acknowledging it is hard to know what is genuine.

The BBC has become the most likely source for people to gather information with 82 per cent of respondents turning to its TV, radio and online services.

Other broadcasters tail in at 56 per cent, ahead of official sources such as the World Health Organisation, NHS and the Government (52 per cent), social media (49 per cent), newspapers (43 per cent), family and friends (42 per cent) and just 15 per cent relying on closed messaging groups such as WhatsApp and Facebook Messenger.

Television has seen viewing figures soar for news programmes, up by 92 per cent during March compared with the same month last year.

The Prime Minister's statement on March 23 is the most-watched programme of the year with an average of 28 million viewers across all channels, half of them on BBC One.

Punchline has also seen a rise in readership to just under 200,000 in March with 1.5million pages read, as well as a 16 per cent switch from mobile use to PCs with less time spent on the move.

There was more good news for the BBC as it topped the poll for trusted television news alongside Channel 4 on 83 per cent, just ahead of ITV (82 per cent) and Sky (75 per cent).

Social media (21 per cent) and closed messaging groups (26 per cent) were the least trusted sources of news about the pandemic.

But broadcasters remain less trusted than public officials with the NHS topping the list - 95 per cent of people naming them as the most reliable source of information.

That is just ahead of the World Health Organisation (94 per cent), local health services (91 per cent), official scientists (90 per cent) and the Government (89 per cent).

Yih-Choung Teh, Ofcom's group director for strategy and research, said: "People are turning to public authorities and traditional broadcasters for trusted information about COVID-19 and the vast majority say they're closely following official advice.

"With so much false information circulating online, it's never been more important that people can cut through the confusion and find accurate, trustworthy and credible sources of news and advice."