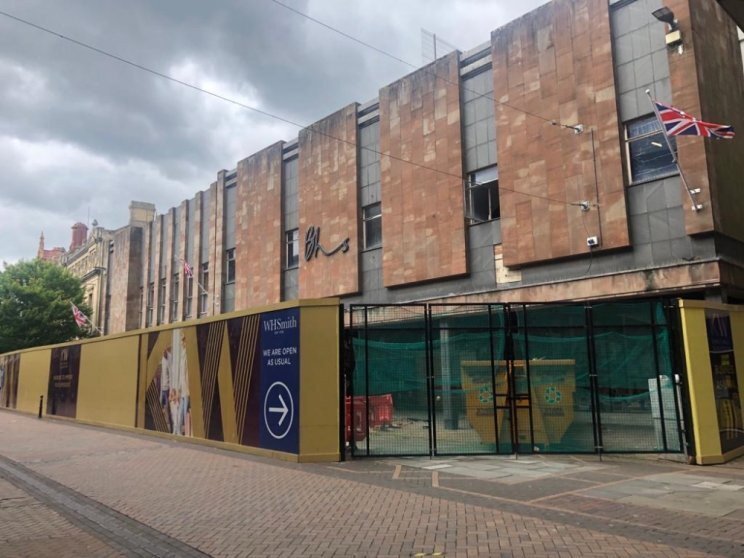 Officers are appealing for witnesses to a suspected arson which took place at the old BHS site in Gloucester on Thursday night.

Gloucestershire Fire Service and Gloucestershire Police were called to Eastgate Street at around 10.10pm (October 8) following reports that smoke was coming from the building, which is currently under construction to be converted into a new Primark location.

Unknown offenders are believed to have entered the building and have started a fire on the ground floor on the seat of a dumper truck valued at around £8,000.

The fire then spread to a nearby trailer worth around £30,000. Another fire was also started in a wheelie bin on the second floor.

It was also found that offenders had defecated and urinated on a stairwell during the incident.

Officers would like to speak to anyone who may have been in the area at the time and may have witnessed the fire or any suspicious activity.

Anyone with information should contact Gloucestershire Constabulary on 101, quoting incident 482 of 8 October and ask to speak to Inspector Forbes-George.

Alternatively information can be submitted by completing the following online form and referencing the incident number: https://www.gloucestershire.police.uk/tua/tell-us-about/cor/tell-us-about-existing-case-report/