Dowty Propellors has appointed Henry Johnson as its new president. 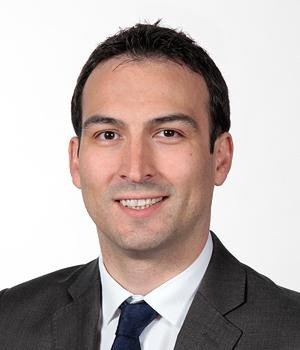 He succeeds Oliver Towers at the top of the Brockworth-based producer of propeller systems for military airlifters, commercial airliners, multi-role seaplanes and marine hovercraft

Mr Johnston is promoted from the position of services executive which he took on last year.

He joined Dowty Propellers as a sales director in 2011 and was acting product leader for two years, developing a deep knowledge of the company's products and the propeller marketplace.

Mr Towers retired as president on June 30, bringing the curtain down on an aerospace industry career which has spanned nearly four decades.

He joined Dowty Propellers more than 12 years ago, having previously worked at Smiths Aerospace, Rolls-Royce and International Aero Engines.

The company moved into a new factory on Gloucester Business Park earlier this year - fittingly on the former aerodrome where turbo jet engine inventor Sir Frank Whittle saw some of the first test runs of the technology.

The new factory replaces Dowty Propellors original headquarters in Gloucester which was destroyed by fire in 2015, an interim facility at Mitcheldean and support from parent company GE Avitation in Bishop's Cleeve bridging the gap.