Gloucestershire County Council has named its new chairman and vice-chairman for the year ahead. 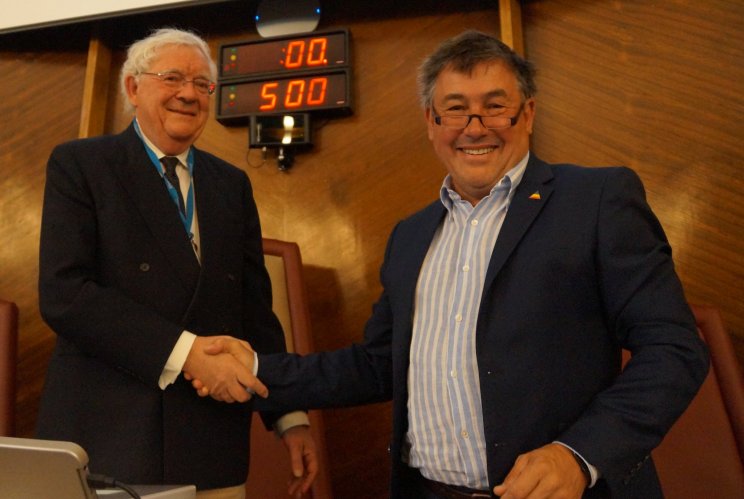 Cllr Theodoulou said: "I am very proud to have been appointed to the role of chairman. It's a great honour. During my time in office, I look forward to meeting people from across the county and raising awareness of all that makes Gloucestershire such a wonderful place to live, work and visit.

"My thanks to Andrew, who I think has done a splendid job over the past 12 months."

In proposing Cllr Theodoulou, council leader Mark Hawthorne said: "I can think of no one more fitting than Ray to represent this council in the role of chairman. I have no doubt he will do this county proud."

Outgoing chairman, Cllr Andrew Gravells, said: "I've thoroughly enjoyed the past year. It's been a great privilege to have represented the county. I have met many wonderful people, all of whom make this county a fantastic, vibrant and successful place. I have also been able to raise some funds for the Oncology Department at Cheltenham General Hospital, as part of my chairman's charity appeal. The centre has helped thousands of patients who have been treated there, including me. I have no doubt Ray will do an excellent job in the year ahead."