For the first time in more than a decade, Gloucester City has a football pitch in their home city - and it has already come through its first major test. 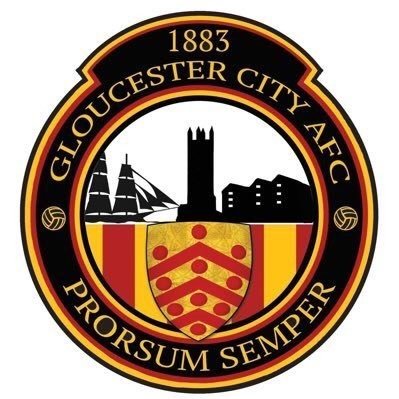 The club has been forced to play in exile, groundsharing at the likes of Forest Green Rovers, Cirencester Town, Cheltenham Town and Evesham United, since floods submerged its Meadow Park home in 2007.

But after 13 years, the club is preparing to kick off a new season at Meadow Park.

And building work on the ground at Sudmeadow Road has reached a major landmark with the laying of an artificial pitch, albeit more than 10 feet higher than its predecessor.

He said: "It is an artificial 3G pitch which is international standard.

Despite the heavy overnight rain the pitch is still in perfect condition 👏 pic.twitter.com/9Sh5bCUi5w

"It's quite ironic with all the flash flooding around Gloucester, I was getting phone calls at 8pm saying "how's the pitch, how's the pitch?".

"I'm delighted to say it's performed fantastically, there wasn't a puddle on it. The car parks had numerous puddles but the pitch itself was brilliant.

"We were very, very relieved to have a serious test."

The pitch has 15mm of grass on top of a 35mm layer of sand and rubber crumb infill with a recycled shock pad underneath.

It will be tested for the first time in anger with a behind closed doors friendly at the end of the month with the season kicking off with the opening FA Cup and National League North fixtures at the start of October.

Check out the latest from Meadow Park 👀👇 pic.twitter.com/2fTIDve5vj