Plans have been submitted to Cotswold District Council for a new Barbour store in the town.

The application for the premises at 37 Market Place is for advertisement consent and listed building consent for ground floor internal refurbishment; signage and repainting the shopfront. 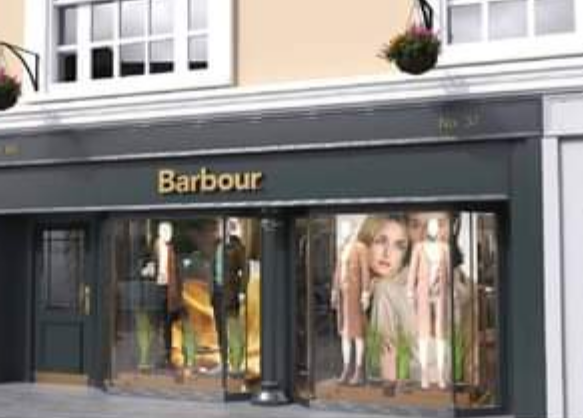 Cotswold District Council Leader Joe Harris, who is a Cirencester councillor, posted the news on Facebook.

Cllr Harris said: "It is always nice to see businesses showing their confidence in our town by opening new stores here. It also demonstrates that despite the economic turmoil nationally, Cirencester remains resilient."

Cllr Harris's post has received a flurry of responses from locals with mixed feelings about the up-market country clothing store coming to Cirencester.

Tracey Stubley said: "This is great news but I also wish some more affordable clothing stores would be allowed to come to Cirencester."

But Jason Myers posted: "Barbour will probably succeed in Cirencester, unlike all the 'affordable' clothing retailers that have come and gone. Making 'affordable' successful is all about volume and Cirencester just doesn't seem to have enough demand for it, unfortunately."

And Tim Francis said: "Yet another posh shop. The poor locals lose out again!"

But several other people felt having a Barbour store was better than seeing empty premises.

The anticipated arrival of Barbour follows on from news last week that Joules has gone into administration. Joules has a store in Market Place, Cirencester, as well as outlets in Gloucester and Cheltenham.