The design of the new £50 note, featuring codebreaker Alan Turing, has been revealed.

The polymer banknote will enter circulation on 23rd June, which would have been his birthday, as reported by the BBC.

In keeping with Alan Turing's work, the new £50 note will be the Bank of England's most secure note to date. 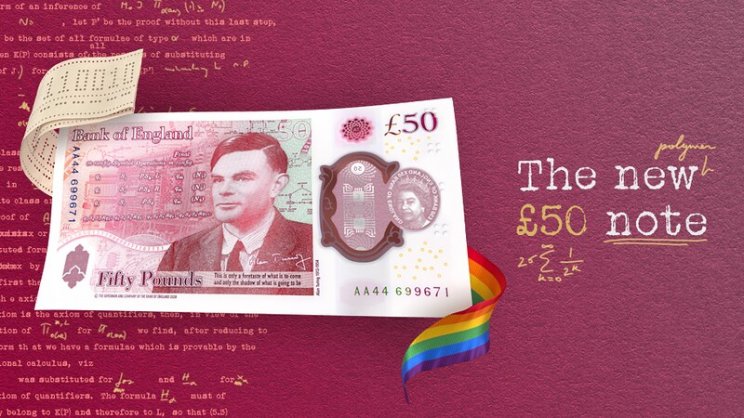 • A table and mathematical formulae from Turing's 1936 paper "On Computable Numbers, with an application to the Entscheidungsproblem" - foundational for computer science

• Technical drawings for the British Bombe, the machine specified by Turing and one of the primary tools used to break Enigma messages

• A quote from Turing, given in an interview in 1949: "This is only a foretaste of what is to come, and only the shadow of what is going to be"

The work of Alan Turing helped accelerate Allied efforts to read German Naval messages enciphered with the Enigma machine and is said to have helped shorten World War II and save lives. 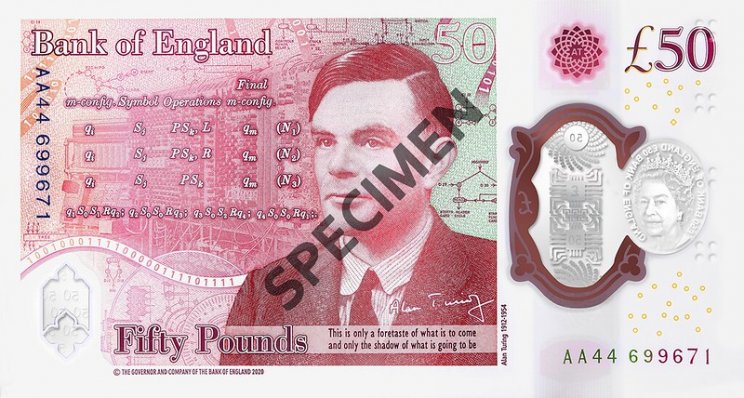 Turing was convicted of gross indecency in 1952 for having a relationship with a man. He was given a posthumous royal pardon in 2013.

The Bank of England is flying the rainbow flag above its Threadneedle Street building in London in honour and celebration of him.

The debate continues as to whether £50 notes are really necessary, particularly in the light of the huge decrease in the use of cash during the pandemic.