Queues of up to six miles built up on the M5 motorway in Gloucestershire during the morning rush hour after a large amount of mud was spilled onto the southbound carriageway. 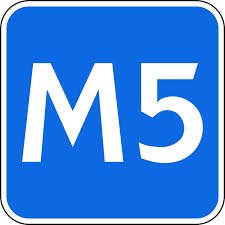 Highways England reported that the carriageway was closed between junction 9 for Tewkesbury and junction 11 for the Golden Valley bypass at around 4am this morning,

Crews were on the scene to shift the mud and a specialist sweeper was called to clear the roadway which duly reopened shortly after 7.30am.

However in a tweet, Highways England reported that it would take a while for traffic to return to normal.

"Average times remain 40 minutes longer than normal for this time of day and there is over six miles of slow moving traffic in the area."

Traffic on surrounding routes was busier than normal due to the closure with commuters in and around Cheltenham, Gloucester and Tewkesbury all affected by the closure.