Man who was found with knives is given community order

A 33 year old Gloucester man who was found with two knives, two pieces of metal piping and some 'police style' body armour in his car was freed by a judge who said there was "nothing about these circumstances that causes concern." 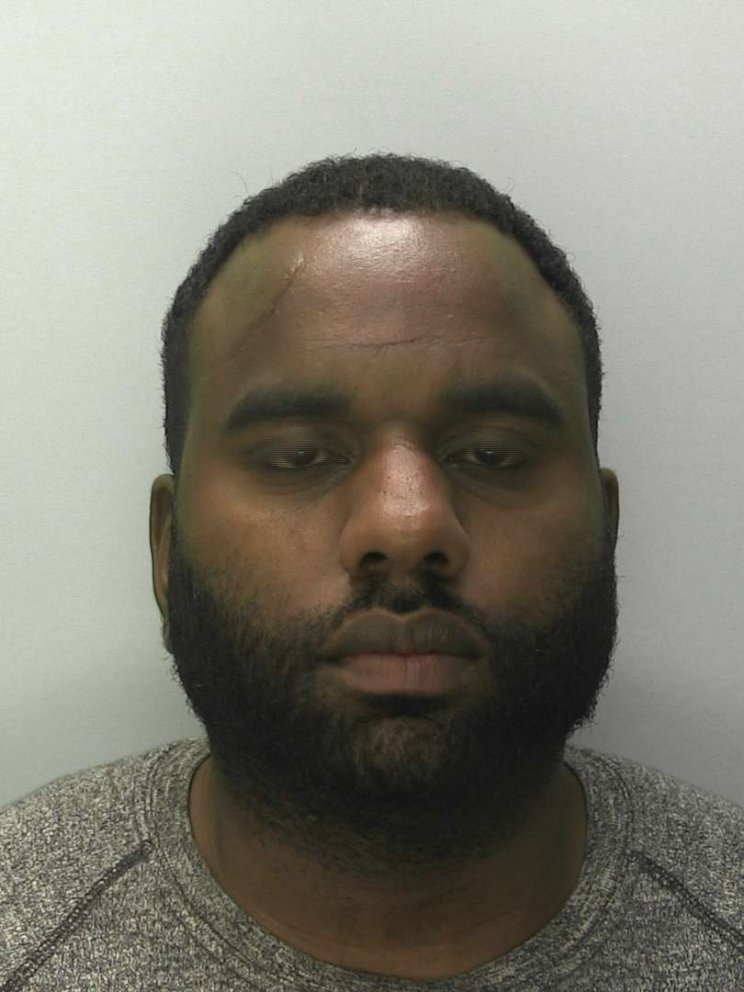 Andrew Venna, of Partridge Close, Podsmead, admitted possession of the two knives on 29th August last year. He was sentenced to a 12 month community order with 150 hours of unpaid work at Gloucester crown court.

Judge Ian Lawrie QC said there were 'lots of features about him that are very positive.'

He told Venna "You have extensive mitigation, and you have a variety of people who are willing to write letters saying good things about you. I am sure you will comply with this order."

Prosecutor, Charley Pattison, told the judge "Police officers were on armed deployment in Tredworth in response to allegations of a car jacking."

That had no link to Venna but the police were looking for a 'dark Audi', she said,

Venna (pictured) was driving such a vehicle, and the police followed it as 'it travelled at high speed.'

Ms Pattison said when Venna stopped his vehicle the police found: "Two pieces of metal piping, and there were two knives in the glove box. There was also police style body armour in the boot."

The court heard that Venna had the body armour because it had been loaned to him by someone who worked in private security. Venna himself was interested in this line of work, the judge was told.

Venna also said that the knives had been used to cut bread and meat at a barbecue a day and a half earlier. He said he simply forgot they were there.

Ms Pattison said Venna had previous convictions 'but not of great merit'.

The judge said "He is not going in to custody, the previous convictions are not that serious.

"There is nothing about these circumstances that causes concern."

The judge said he had read written testimonials which 'have confirmed that there is much that is good about this man.'

"He has a variety of other good qualities about him," the judge said.

Victoria Shehadeh, representing Venna asked the judge to impose a community order to 'allow him to prove himself'.

The judge said he found Venna's explanation for having the knives 'credible' and accepted it.

"I am not convinced this crosses the custody threshold," he said as he imposed the community order. Venna - along with nine other men - were given injunctions in February as part of a bid to crack down on gang crime.

The men, suspected of being drug gang members in Gloucestershire, were banned from talking to each other - even though Venna and his brother Simon are twins.

The heavyweight court injunctions were handed out in a bid by police to thwart gang activity and prevent drug dealing, gang violence and even murder.

Gloucestershire police called for the community's help to make sure the men abide by restrictions which will be in place for the next two years.

The orders against them include home curfew every night between 11pm and 6am and they must never wear any clothing which hides their faces.

They must keep police updated with details of their homes and workplaces and they are allowed to have only one mobile phone that has to be registered with the police.

They must not contact each other and they are all excluded from the industrial area around Chase Lane, off Eastern Avenue in Gloucester, and from the whole of Gloucester Park.