A firm making bespoke wooden furniture has been 'completely destroyed' in a major blaze at the Longhope Business Park in the Forest of Dean.

Firefighters were called to the fire at the former Richard Read Transport depot late last night. 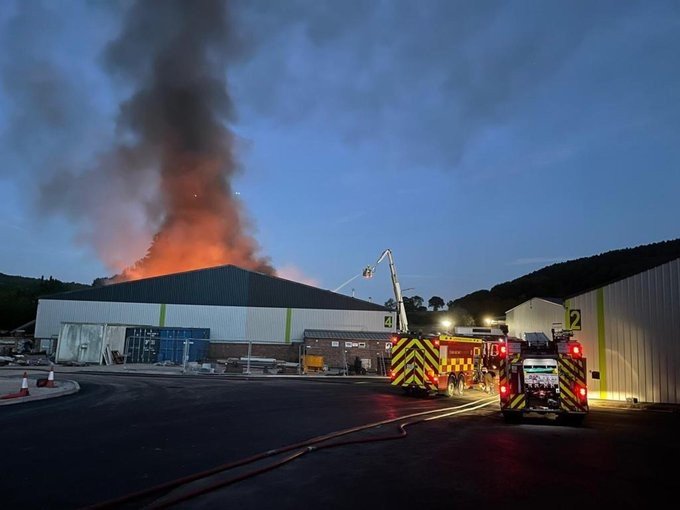 The site at the Longhope Business Park on Monmouth Road has been undergoing a multimillion-pound refurbishment, with hopes it will create hundreds of much-needed jobs in the area.

Six fire engines and an aerial platform were called to the blaze at 9.18pm last night (1st June).

There were reports of an explosion and smoke billowing into the air. No one was hurt and the fire was under control by 1am. Investigations into the cause continue.

Gloucestershire businessmen Dr Roger Head and Jim Ruddy are developing the site after Richard Read closed its doors for the last time in 2019, with the loss of nearly 50 jobs.

Roger Head said: "This is a disaster but we will get it sorted out. We are trying to create the best business hub in the Forest of Dean.

"It's a setback but we will resolve it as soon as we can."

Finding alternative accommodation for Wooden Resin Ltd which makes bespoke furniture will pose a problem because the first phase of the development is already fully let. The unit was 'completely destroyed', Roger said. 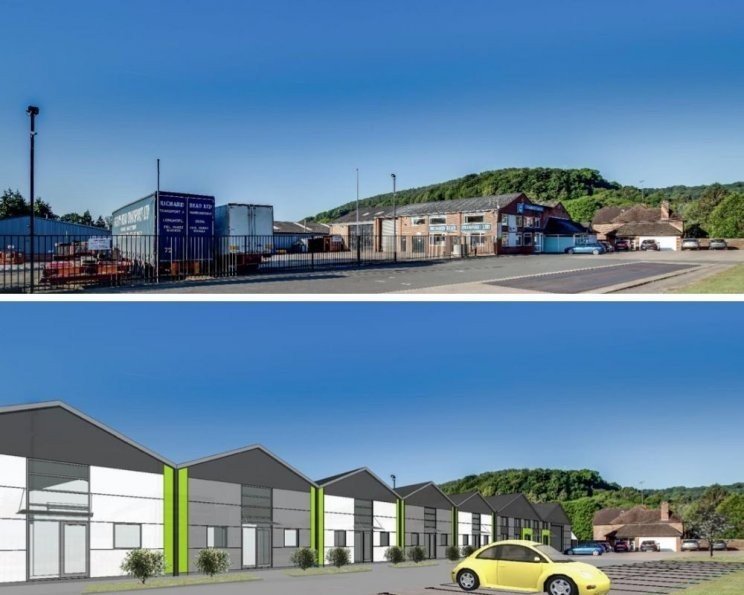 Des Mills, CEO The Dezac Group Ltd, which has a unit adjacent, said: "There was a major fire at Longhope Business Park on Tuesday evening. We understand nobody has been hurt and the fire was swiftly brought under control by the Fire Brigade. We are grateful for their rapid attendance."

While the fire was substantially contained, it did spread into the firm's production and office areas.

"Once we have access to the building a fuller assessment of the impact of the fire will be made. We remain hopeful that a quick recovery and resumption of business will be possible," Mr Mills added.

Gloucestershire Fire and Rescue service said: "Excellent work by our crews to reduce the spread of fire in Longhope Business park last night. Six appliances and our aerial platform attended, bringing the fire under control by 1am, with ongoing work to investigate the cause taking place today."

The wider development is over 14 acres, with 100,000 sq ft completed and another 100,000 in the pipeline, transforming the former haulage yard into light industrial, general industrial and storage space.

Once complete, the full site could offer more than 400 jobs. Punchline Gloucester hopes these plans will not be derailed.