House buyer demand for new-build homes in Gloucestershire and parts of the West is at its highest level as people put a premium on spacious layout designs and good-size gardens, according to a housebuilder boss with more than 20 years' experience in the region. 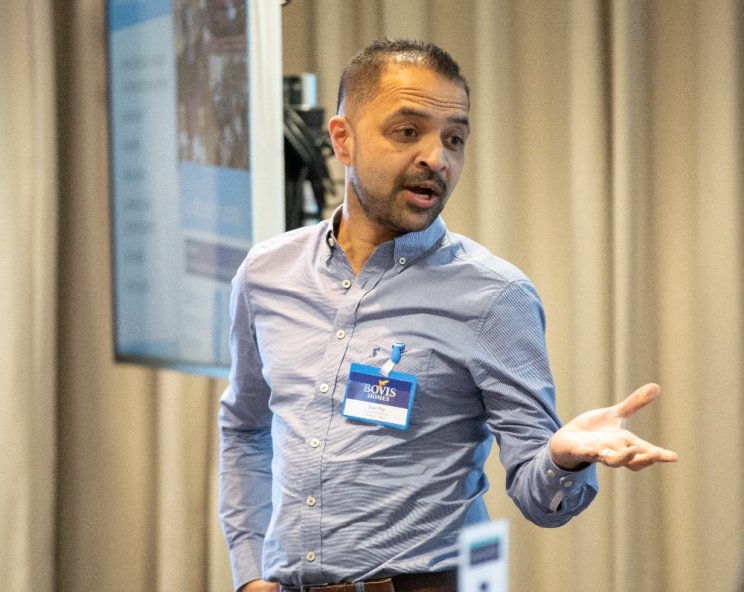 Supriya Ray, managing director of Vistry Cotswolds - which includes Bovis and Linden Homes - said a range of new-builds in the county, from larger family homes to one and two-bedroom apartments, near Bristol, were proving as popular as ever with many locations selling out of properties.

Vistry has launched dual-branded Bovis and Linden Homes developments including Twigworth and Hunts Grove, near Gloucester, which is adding to the choice home hunters have. The housebuilder's key worker discount scheme and Government initiatives like the stamp duty holiday and Help to Buy have also contributed to the high interest.

Mr Ray, from Cheltenham, who joined Bovis Homes over two decades ago, said: "Through the first lockdown people appeared to realise the benefit of a family home with a garden and decent living space, where you can work from. We definitely saw a rise in demand from that realisation. Our apartments in Filton have been so popular because of their balconies, which are seen as great positives, particularly in current times - being able to have that little bit of extra outdoor space.

"The Government's ongoing support has also been a help and we're practically sold out for this year in terms of availability and we're very close to being sold out for March next year as well. It's been as good as it can be and that's definitely given the region a much-needed boost. We've been very lucky in that we've been in a very steady place since January which has meant our people, our greatest asset, have been able to go about their day-to-day jobs as best they can.

"The biggest benefit we've had is the ability to dual brand key sites, which we're successfully doing at Hunts Grove, in Gloucester, and Twigworth, which is also near the city centre. We recently had a Twigworth launch at a local hotel with both our Bovis and Linden brands and it was a resounding success. Hunts Grove is also a large site - 350 houses, all private. It's built at a rate of about 80 houses a year, which in terms of volume, is very impressive. It's got an exciting sales factor - we're going to set it up as our new sales hub, which will be ready next year. We also have Witney, which is a mature development and it's going along nicely.

"We are building great homes - modern, light, open-plan and spacious properties and that's very popular. The house styles make a big difference, we have the new housing collection within Bovis Homes, which has definitely had a really positive impact on customers. Customer service is also top notch and that makes a big difference in giving home buyers confidence and knowing they've got a really approachable team, both on site and in the office, if they need to make contact. That should give them an added bonus of moving into a home built by a Vistry team, whether it be a Bovis or Linden Homes one."