A prominent Grade II listed retail property in Tewkesbury High Street will be one of the main commercial property attractions in Bond Wolfe's next auction on Wednesday 20th October. 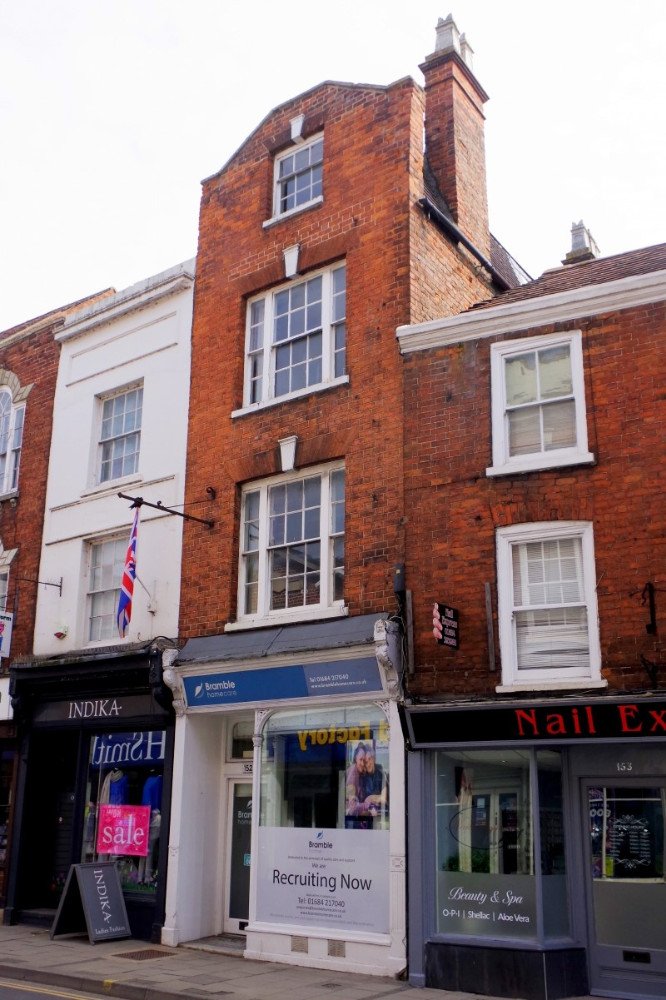 The freehold four storey mid-parade building at 152 High Street - fromerly a healthcare employment agency - will be offered with a guide price of £175,000 plus.

The property is being sold vacant and freehold and offers a ground floor retail unit with offices and storage on the three further upper floors.

"The High Street facing exterior was refaced in the late 18th century, but the origins of the main building are much older. The building is now suitable for a variety of uses, subject to planning permission, and we are already experiencing keen interest."

Bond Wolfe's October auction will see the business build on another record year in which sales have continued to climb, despite the disruption caused by Covid.

The regional property auctioneer's fast revenue growth comes after another £21.9 million was raised in its September auction, where 180 lots were sold out of 191 offered - a 95% success rate.

And despite the end of the stamp duty holiday, interest in the auction remained high, with 478,660 website page views, 137,003 video tours watched and 36,191 legal documents downloaded.

The final two virtual events for the proposed M5 Junction 10 Improvements Scheme are due to take place.

Police are appealing for witnesses.

The takeover of Stagecoach - which has a big depot in Gloucester - by National Express, is be investigated by the Competition and Markets Authority.