The candidate took the seat from the Conservatives by a huge majority.

The by-election results were: 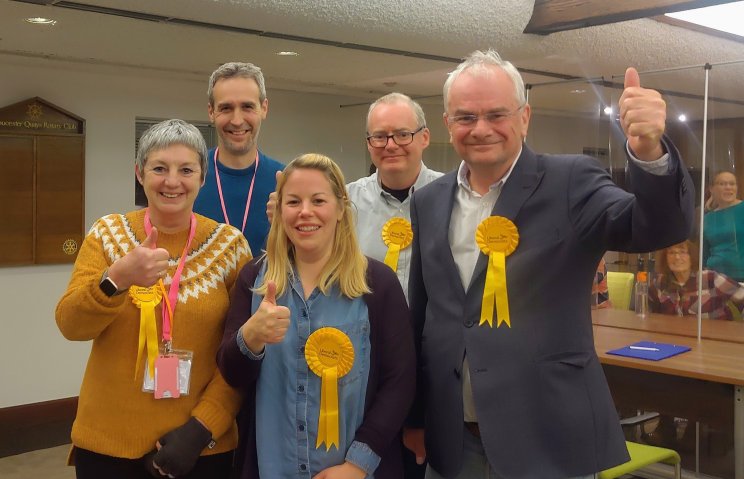 Cllr Jeremy Hilton, Lib Dem leader on Gloucester City Council, said: "It's a sensational result. This was regarded as one of the Tories' safe seats in Gloucester.

"We ran a very good campaign and had a brilliant candidate. She worked exceptionally hard.

"The people of Longlevens have now got two very good Lib Dem councillors - Linda Castle, who was elected in May, and now Sarah. They're going to provide Longlevens with a first class service.

"It's good for the future. The Lib Dems have now got 11 seats on the council, we're quite clearly the opposition to the Tories. We'll carry on providing constructive opposition and challenge on the council and look forward to future elections, when we can hopefully grow the group even further."

The by-election was caused by the resignation in September of Cllr Clive Walford, who was Sheriff of Gloucester and deputy mayor at the time of his resignation. The Conservative had represented Longlevens on the city council since 2016.