Lego is opening new shops around the world after seeing sales rise with people looking for things to do during lockdown. 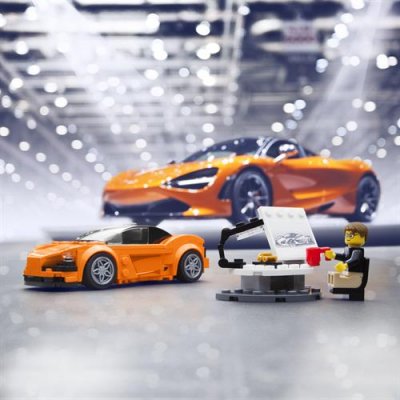 The Danish toy firm saw revenues rise by seven per cent in the first half of the year to £1.8billion as operating profit grew by 11 per cent.

And the success will see them opening 120 new shops this year, 46 of which are already open.

Fourteen of the new shops will be in the UK with 80 in China.

While visits to the company's website doubled to 100 million over the first months of the year, the company is convinced there remains a future in physical outlets.

Chief executive Niels Christiansen said: "When our stores have reopened after lockdown, there have been queues.

"We give people the brand experience in our shops which we can't do outside."

And he said it is not just children who are piecing together the iconic blocks.

"We saw a very positive development during the coronavirus lockdown when families began playing and building Lego sets together," he said.

"We've seen momentum continue into the second half of the year even after people started going back to work and to school.

"So the result is not just a reflection of two months when everyone was sitting at home."

Sales of toys rose by seven per cent over the first seven months of the year.