Landlord insists he is ready to open as pubs stay shut

Gloucestershire publican Rob Collins believes he should be able to open his doors after after making changes to make his premises COVID-19 compliant systems to open now. 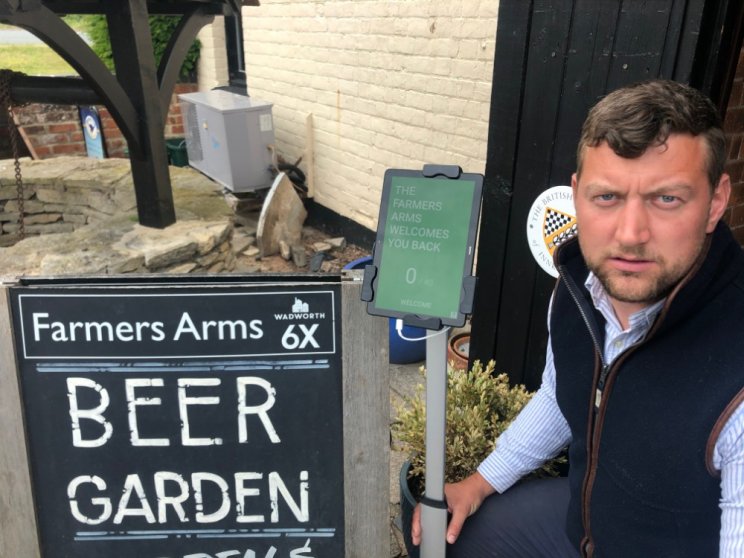 The Government has ended hopes that pubs with outdoor areas could open earlier than originally planned, confirming they will remain shut until at least July 4.

But Rob Collins, of The Farmers Arms, Apperley, says he has made the necessary changes to comply with safety guidance and wants people in his position to be allowed to reopen.

He said: "I now have all the systems in place to fully operate within the social distancing guidelines, so why on earth can I not open?

"Every day I am losing more and more money, I want to open.

"The fact people can now sit in socially distant groups in parks, why can't they at least sit in my beer garden and order drinks and food from their phones?"

Mr Collins has invested in occupancy control, a menu and drinks ordering system and a garden kitchen with an Italian pizza oven to help his business recover.

He has installed a Sintuitive occupancy control system that monitors numbers in and out and sets an occupancy threshold displayed at the entrance with another ensuring toilets operate on an in-out basis.

Every table has been given a QR code which customers can scan with their own phone to order and pay for drinks and food, avoiding congestion at the bar and handling a paper menu.

The software was installed by MenuConnect and Neil Westwater from the company said thousands of restaurants, cafes and pubs are similarly prepared.

He said: "We believe many of our clients, from cafes to restaurant chains, are as ready as they ever can be and many are seeing opportunities in the technologies now available."

Confirmation that pubs will have to wait until at least July 4 to reopen was made by Business Secretary Alok Sharma.

He said: "I know there's been a lot of speculation about when we might be able to reopen these parts of the economy and I completely understand why we're all so keen to get them back up and running and I absolutely share that enthusiasm.

"But we continue to follow the road map which set out our ambition to reopen these sectors from July 4 at the earliest."