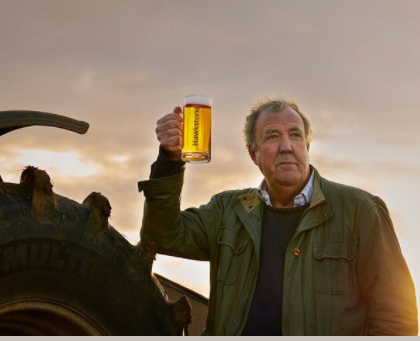 Called Hawkstone, it uses barley grown on his farm and is produced by The Cotswold Brewing Company.

The former Top Gear presenter bought his farm in Chipping Norton in 2008 and took over running it when the farmer retired in 2019.

The rest is TV history, with his exploits on the renamed Diddly Squat farm, featuring in a popular documentary series 'Clarkson's Farm' on Amazon Prime.

The Cotswold Brewing Company, based at Bourton-on-the-Water, was founded in 2005 by Rick & Emma Keene who set out to make premium British lager with a full flavour.

The new lager takes its name from The Hawkstone, a Neolithic standing stone.

Clarkson was introduced to Rick and Emma from the Cotswold brewery by the landlord at their local and they hit it off immediately. Like him, the couple are committed to supporting local agriculture. 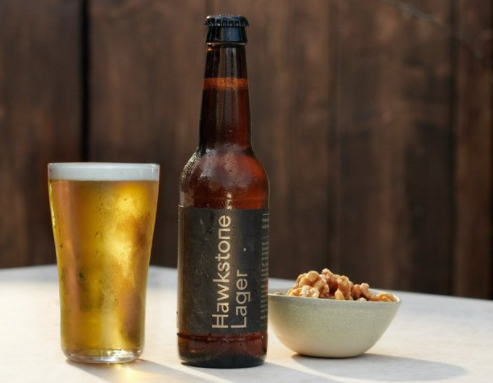 The barley is combined with select hops, yeast and local water. The brewing process includes a 4-week maturing process. Lagering (as this is known) is like laying down a fine wine - it allows the flavours to mature and produces a smoother, more rounded lager.

The carbonation in Hawkstone is naturally produced as part of the process. In total, it takes around 6 weeks to create Hawkstone Lager versus an industry average of only nine days.

The result, The Cotswold Brewing Company says is 'a unique, quality tasting lager that vindicates the extra time and effort invested'. They add the tag line 'a lager that's hard to make but easy to drink'.

Rick's father had hoped he would follow in his footsteps and become a doctor. Rick however had other ideas. He was introduced to the joy of beer and the profession of brewing by Uncle Bob whose good friend was head brewer at Boddingtons.

After some disastrous home experiments which he tested on his friends, he embarked upon a 4 year long brewing and distilling degree. After graduating, he spent several years at big brewers before moving to Pilgrim microbrewery to experience the more hands-on approach to brewing.

Further brewing roles followed at Freedom Brewery and Archers before he took the decision to set up his own lager microbrewery. Specialising in lager was very much against the trend at the time with other microbrewers producing ale.