The race has been full every year - with everyone from elite athletes to people running their very first race - so don't leave it too late to book your place!

Over the last six years the event, organised by Davies & Partners Solicitors, has raised more than £50,000 for charity. In 2019, donations were made to Young Gloucestershire, Heart Heroes and to the local branches of MIND and CLIC Sargent. Beneficiaries in previous years include The James Hopkins Trust, Gloucestershire Nightstop and Gloucestershire Young Carers. 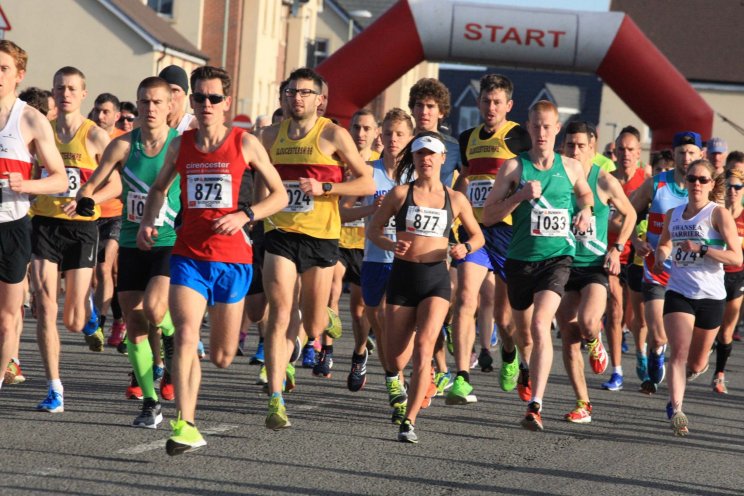 As a community event, there have been generous contributions from the Gloucester community and further afield and all proceeds from the race have gone back to the community.

Davies & Partners Solicitors  would like to say a massive thank you to everyone that helped make the Gloucester 10k a success in 2019. Amongst those that have really made their mark on the event are construction company E G Carter & Co Ltd, headline sponsors for the last three years, and Gloucester Quays Rotary Club, which helped get the race off the ground and has supplied marshals for the event.

Nigel Tillott, Race Director and Head of Davies & Partners Gloucester, said the race hasn't been without its challenges over the years. He recalls the time the toilets arrived after the start of the race, the time Llanthony Bridge was lifted when the race was already in progress and the route being blocked 48 hours before the race, with a need for an urgent rerouting and remeasure.

Nigel said: "Despite all these stresses, what makes it all worthwhile is the scale of the voluntary support and contributions from so many different sources, which go into making the event successful and which allows significant monies to be raised for good causes."

Davies & Partners has now successfully organised Gloucester 10k for six years. It was launched as a community event after the failure of an earlier commercial event, which caused traffic gridlock around Gloucester.

The firm hopes its seventh race will be every bit as successful as the previous six.

If you would like to get involved in supporting 2020's event, please email Nigel Tillott Nigel.Tillot@daviesandpartners.com