Small firms and hospitality businesses have welcomed the clarity and potential lifeline thrown by a High Court ruling that some insurers should have paid out for losses caused by the coronavirus lockdown. 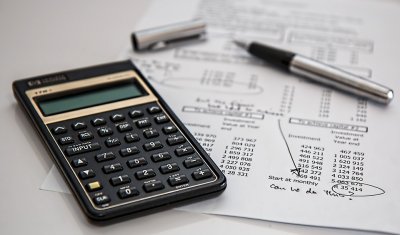 As reported by Punchline-Gloucester.com yesterday, the court judgment followed a test case brought by the Financial Conduct Authority against eight insurance companies who argued the policies were not meant to cover such unprecedented restrictions.

Among them was Gloucester-based Ecclesiastical whose business interruption policies were among those ruled not to cover the losses.

UKHospitality chief executive Kate Nicholls said: ""The confusion around business interruption insurance policies came at the worst possible time for businesses. They found themselves being denied support they thought they were entitled to in the middle of the worst crisis they have known.

"We are very pleased that this ruling, generally speaking, finds in favour of businesses who had taken out policies in good faith and may now have cover following the court's guidance.

"Our sector is still on a knife-edge and needs all the support it can get."

The Federation of Small Businesses described the ruling as a big step forward, if only limited.

National chairman Mike Cherry said: "It can only be celebrated as a partial victory as it still leaves many with little certainty around whether they will receive payouts for policies that have cost them thousands.

"We echo the regulator's call to insurers to reflect on the clarity provided by this judgment and do the right thing by policyholders, many of which are fearing for their futures after six months of serious disruption.

"They acted responsibility by taking out these policies and having them honoured is crucial to encouraging more firms to do the right thing where insurance is concerned."

Around 400 companies had complained to the financial ombudsman about missing out on payouts by July.

Association of British Insurers director general Huw Evans said: "Insurers have supported this fast-track court process led by the FCA to help bring clarity for customers and we welcome the speed with which the court has delivered a ruling.

"The judgment divides evenly between insurers and policyholders on the main issues.

"The national lockdown was an unprecedented situation that posed understandable questions of interpretation for some business insurance contracts."