If you park but don't ride, you could be getting a fine

Parking for free and not riding on a Park and Ride bus into Cheltenham is now a thing of the past.

A new system that ensures that free parking at the Arle Court Park and Ride site is only offered to passengers who then ride on a bus has started today.

Stagecoach West, who run the Park and Ride service into Cheltenham had been receiving complaints from customers who were unable to park at the 576 space Arle Court car park. 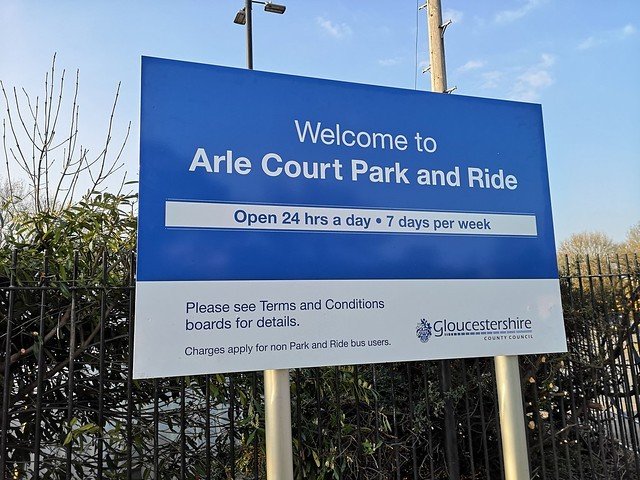 The growing number of businesses that have sprung up around the site close to the A40 have led to an increased number of people using the car park for free office parking.

However, the new scheme ensures that to receive free parking the user must validate a parking ticket linked to their car registration on one of the buses that serve the site.

Rupert Cox, managing director of Stagecoach West, said that that the changes needed to be made to ensure that passengers were able to use the Park and Ride site to do just that.

He told BBC Radio Gloucestershire: "This scheme will mean more spaces will be available to people who park and use the buses, especially for those who want to ditch their car and use the bus for the last bit into Cheltenham.

There will be 150 spaces set aside at the car park for people wishing to park and walk to their office, but these will be charged at £6 per day.

Failure to use one of those spaces or to validate a parking ticket on one of the buses will lead to a ticket being issued.

Phillip Williams lead commissioner for community infrastructure at Gloucestershire County Council who support the Park and Ride scheme said the scheme had got off to a good start.

He told the BBC: "Its good to see so many people boarding the bus. We have been planning this for a long time, it's a simple scheme, all you need to know is your registration number.

"Because there has been so much development around the site, some people have been using it as a free office car park.

"I think we'll see an immediate impact as there will be more space for people to use the Park and Ride and we would hope to see a growth of five to 10 per cent at least."