The man who led the investigation in to Kyle Davies is in no doubt that the Gloucester teen was planning "to follow the footsteps of the murderers he idolised."

The 19-year-old was found guilty of attempting to import a gun and ammunition with the intent to endanger life at Gloucester Crown Court on Monday.

He was arrested as part of a South West Regional Organised Crime Unit (SW ROCU) investigation in June last year.

Two days before the arrest, a parcel containing a deadly Glock17 handgun and ammunition that Davies had purchased on the dark web was seized by Homeland Security at Newark Airport in New York. 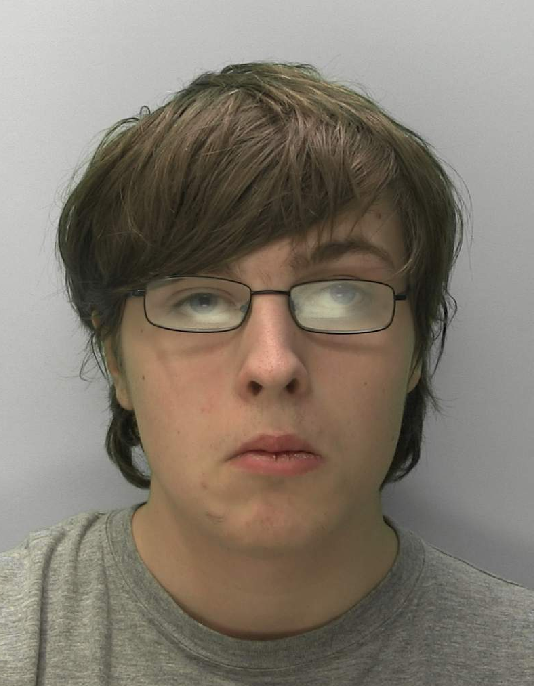 With support from Gloucestershire Police, SW ROCU officers delivered a replica of the parcel to Davies, and following his arrest, searched his house.

In his bedroom, they found handwritten notes in a school workbook that said 'Hello Mr Policeman' and 'This one Mr Policeman' indicating he knew he would one day be the subject of investigation.

Davies had also drawn 77 stick men to represent the victims of the 2011 explosion and shootings carried out by Anders Behring Breivik in 2011 in Norway.

A 'shopping list' entitled 'Gotterdamerung', or 'the end of time', listed items including a gas mask, trench coat, gloves, boots and body armour, as well as the ingredients needed to make explosives.

He said: "The depth of research Davies had carried out and the extent of his planning under what he himself termed 'phase one' leaves us in no doubt he was intending to follow in the footsteps of the murderers he idolised.

"The intervention by Homeland Security at Newark Airport undoubtedly led us to a very dangerous individual.

"A meticulous investigation, closely supported by forensic experts and the CPS, has clearly shown his intent to harm others and, ultimately, ensured he never had the opportunity to move on to 'phase two'."

Howard Phillips of the CPS said: "Davies' notes did not identify a target and did not demonstrate an ideology or aim that would support a charge under terrorism legislation.

"The challenge for the CPS was therefore to prove that his intent when purchasing the hand gun was to endanger the lives of others, and not just to take his own life as he claimed.

"Thanks to the very thorough investigation by the South West Regional Organised Crime Unit we were able to do this.

"We will thankfully never know what the consequences would have been had the gun and ammunition Davies attempted to import actually made it into his hands".

"Through this partnership, we have been able to prevent a man from obtaining a firearm and ammunition, which has potentially foiled a mass casualty event.

"We commend the dynamic and impressive work of the South West Regional Organised Crime Unit and other UK law enforcement teams that participated in this operation.

"Their dedication to ensuring the safety of their residents has undoubtedly saved lives.

"HSI will continue to enforce US firearms export laws and further ensure the continued international investigative efforts against firearms trafficking."

Sentencing has been adjourned to a date yet to be fixed, pending psychiatric reports.

Davies will also be sentenced for two counts of evading the prohibition on the importation of firearms and ammunition and two counts of making indecent images of children, which he pleaded guilty to at a previous hearing.