A new name and a new owner for the Cheltenham Bierkeller has thrown light on a startling success story of a business set up in the town more than a decade ago.

An application for a change of signage filed to Cheltenham Borough Council this week, highlighted that the premises appeared to have a new owner.

And after Punchline did some digging it appears that a significant deal has taken place.

But before we get to talk of takeovers and multi-million pound operations, let's focus on what punters will notice first. 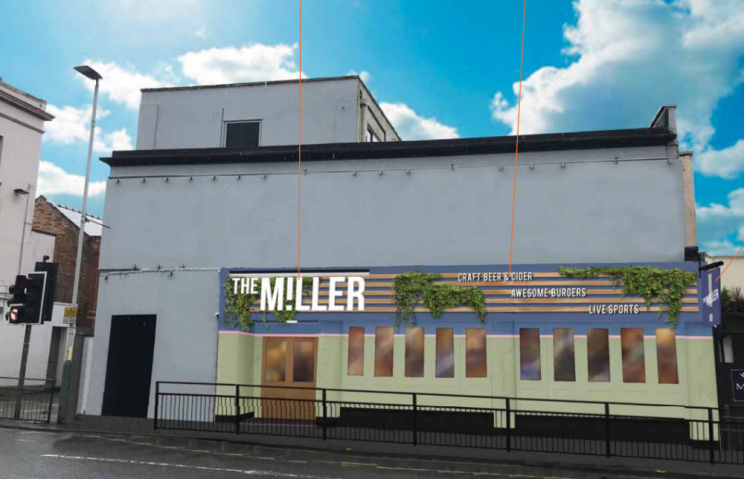 The signage application shows that the new premises will be called The M!LLER and offer, according to the signs "craft beer and cider, awesome burgers and live sport."

So, the days of Bavarian bier, bratwurst, and lederhosen in Cheltenham appear to be numbered.

A company called Bierkeller Cheltenham Ltd had run the business on the site since incorporation as Kakui Bars Ltd in 2012.

That company was incorporated by the same two directors who founded Bar Fever Ltd in the town in 2009, Nigel Blair and Mark Shorting.

Bar Fever, which ran the premises of the same name in Regent Street, recorded turnover of £70,750 in their first year of operation in 2009/10.

Expansion and success followed in the decade since and according to the last set of accounts filed by Bar Fever in March 2018, turnover had reached an eye-popping £25.931 million.

By that time the company was employing 737 staff at sites across the country under Fever, MooMoo, Kakui and other brands.

In January of this year, that success appears to have paid dividend as industry heavy hitter Stonegate - the owner of Yates's, Slug and Lettuce and Walkabout bars - acquired Bar Fever Ltd.

The financial details of the deal hasn't been disclosed, although Stonegate are a giant of the hospitality trade.

Their last set of accounts showed a turnover of £774million and a staff in excess of 13,000 across its 725 pubs, bars and nightspots that make it the second largest pub chain in the country, behind JD Wetherspoon.