Hole in the wall gang foiled by alarm in Cheltenham heist

Three men have been sentenced for attempting to break into a Cheltenham antiques shop by drilling through a basement wall.

Gloucester Crown Court was told David Newman, 42, of Somerset Avenue, Mark Rabjohns, 34, and Peter Fitzharris, 42, both from Redgrove Road, had been spotted casing the Promenade area just over a week before they had planned the robbery.

On January 9 the men broke into a clothing shop and drilled their way through the dividing wall in the basement to the antiques shop next door.

But they were thwarted when the alarm connected to the safe went off.

The men were found by police around St George's Place with Fitzharris found lying in a narrow drainage channel on the roof of a shop.

The court was told two Community Police Support Officers found a large angle grinder, extension leads and other tools at the rear of the shop.

The prosecutor said: "The CPSOs also found a black jacket at the scene and inside it was a set of keys.

"As they walked to the compound they spotted a suspicious looking Ford Mondeo and with the aid of one of the keys they had found, opened the vehicle. They believed it to belong to Fitzharris, who had only been wearing a T-shirt when he was arrested.

"Inside the boot of the car they found an assortment of tools spanners, a stool, a telescopic camera and a power tools storage box." 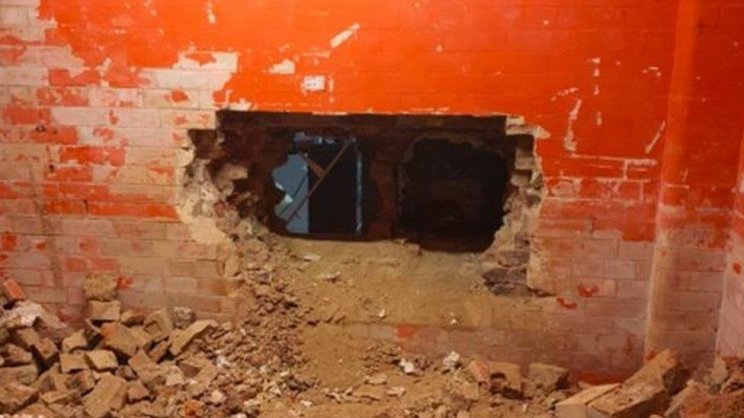 Keith Graham, owner of the Cheltenham Tweed Company next door to Promenade Antiques, said in a statement the burglars had made a large hole in the basement wall and had gained access to the antiques shop next door.

A bag of silverware had been found in his basement which did not belong to him.

And he said a member of his staff recalled three men coming into the shop in December who seemed to be checking out the shop rather than its contents.

Antiques shop manager Gillian Green confirmed that the silverware belonged to her shop and that the burglary has had an ongoing effect on the staff.

She said £2,500 had been spent on making good the damage caused in the burglary.

"This robbery was planned, organised and the men had cased the joint a couple of weeks earlier," the prosecutor said. "The three defendants were clearly focused on their plan but the few items that they had stolen, were found at the scene."

Tim Burrows, for Newman, said the men had been "flummoxed" by the safe with Judge Ian Lawrie QC interjecting: "They behaved like three buffoons with utter incompetence in carrying out this burglary."

Mr Burrows said Newman denied being one of the men who carried out a scouting mission earlier in December, but admits he had gone on a previous reconnaissance trip. 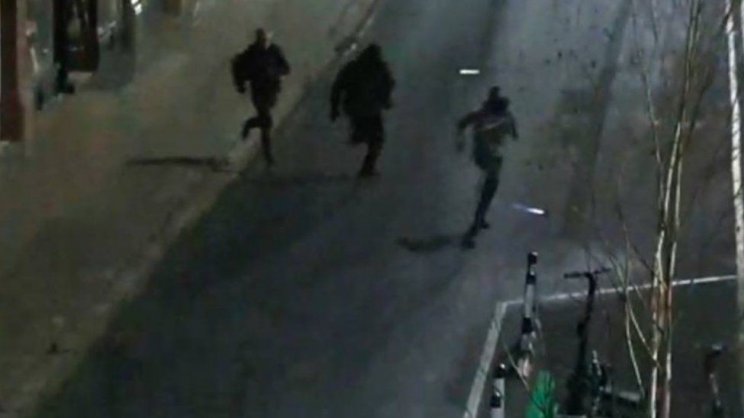 He said: "Newman accepts his involvement in carrying out this robbery. He got involved because he had lost his employment towards the end of last year and was struggling to cope, having built up a large drug debt.

"But while he has been in custody he has begun to turn his life around. Newman is the sole carer for his son, who suffers from mental health illnesses. If he is jailed they are likely to lose their home."

Sarah Jenkins, for Rabjohns, said he only agreed to take part on the day of the burglary after being unable to work during lockdown.

She said: "Rabjohns was enticed by the promise of financial reward following a chance meeting with Fitzharris and Newman. He had no involvement in planning it. He acted entirely on impulse."

Steve Young, for Fitzharris, said his client had lost his skip hire business after spending six months on remand on an unrelated charge.

He said: "When he was released from prison on December 8, he had no business left and he was unable to claim any benefits, and so he resorted to what he had done previously - burglary."

Fitzharris, Newman and Rabjohns all pleaded guilty to the burglary.

Fitzharris and Newman accepted a burglary at the Malthouse Collective antiques shop in Stroud be taken into consideration while Newman was also sentenced for a persistent misuse of public electronic communications causing annoyance, inconvenience and needless activity by leaving messages on Gloucester Constabulary's spoken messenger service.

Judge Lawrie told the defendants: "The two burglaries are effectively connected in time and place. Fitzharris and Newman are no strangers to burglary as we are taking into account a robbery at an antiques shop in Stroud in mid December last year.

"Because of the lack of additional evidence, I have discounted the visit of three men making a reconnaissance visit to the clothing store in making my decision.

"But what was clear about this burglary is that all three of you went equipped. Happily your confidence didn't meet your ambition because as soon as the alarm went off during your bungled mission you ran out and got caught.

The judge sentenced Rabjohns to a jail term of 18 months, suspended for two years, ordered him to complete 150 hours of unpaid work.

The judge also ordered the forfeiture of the Ford Mondeo and the power tools seized in the robbery.