Proceeds from the sale of an historic building on Park Street, Gloucester have been donated to three Gloucestershire charities who serve vulnerable women and their families. 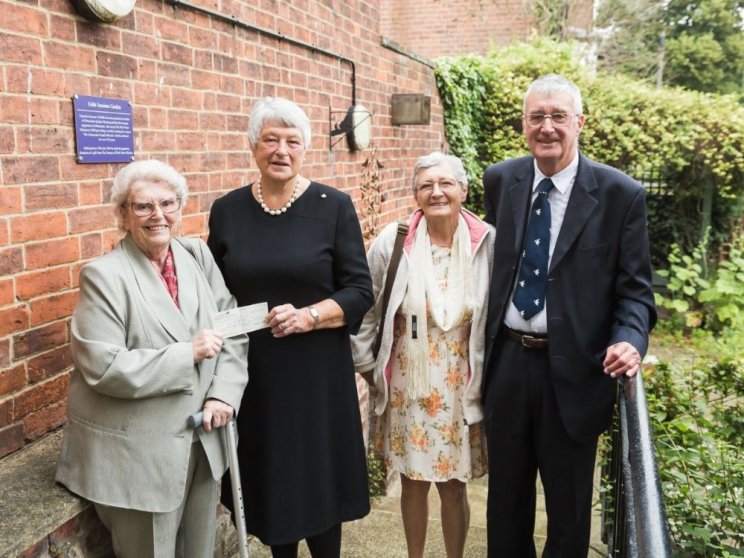 The Nelson Trust, Stroud Women's Refuge and The Family Haven are the beneficiaries of the sale of the building formerly owned by Park Street Mission, which was set up in 1880 by Edith Sessions, a Quaker and the first woman magistrate in Gloucestershire.

The Trust Deed of the building specified that proceeds from its sale should go to The Home of Hope, built in 1873 by Gloucester Quakers as a refuge for unmarried mothers, the bulk of whom, it is said, were servants who had been 'taken advantage of'. However, The Home of Hope closed in the 1930s and is now Hope House at Gloucestershire Royal Hospital, which supports victims of sexual abuse.

Jacqui Green, leader of the Park Street Mission from 1969 - 2018, and Andrew and Pat Turrall, Trustees of the Quaker Mission, presented the cheque to Dame Janet Trotter, Chair of Trustees at The Nelson Trust, on Wednesday 19 June at The Nelson Trust Women's Centre in Gloucester.

Dame Janet said: "We at the Nelson Trust are delighted to be in receipt of a generous gift now the Mission House has been closed and sold.

"In dedicating a plaque to Edith Sessions in the garden at the Women's Centre in Brunswick Square we are delighted to be honouring her work and that of the Quakers who have been active in the city since 1660."