The Fire and Rescue Service in Gloucestershire is still in need of "urgent improvements" according to a government inspection.

Her Majesty's Inspector of Fire and Rescue Services said in a report that she was "encouraged to see real progress being made" after a damning report in June of this year.

But Wendy Williams said that the service is still in "need of improvement in a number of significant areas."

These include its ability to respond to emergencies and, critically, an "inadequate" way it delivers its culture and values.

The inspector highlights emergency response as an area requiring attention saying "the service needs to ensure it sends the quickest resource to an incident.

She adds: "The service should make better use of its resources.

"While it is to be commended for the savings it has made over the past five years, these savings have sometimes come at the expense of operational capability.

Perhaps the most damning part of the report is in relation to the Service's values and culture, which were rated as "inadequate."

Significant changes have been made in the last 11 months with the report highlighting the "difficult resignation of the former chief fire officer and the appointment of a replacement."

"This includes leaders humiliating staff in front of peers and threatening demotion for temporary promoted managers if they didn't carry out certain leaders' wishes."

The Inspector said: "We rated the service as 'inadequate' in its promotion of values and culture.

"The service's values are not evident in practice and we have recommended that they be refreshed.

"In our staff survey, 41 percent reported that they felt bullied or harassed at work in the past 12 months and 32 percent felt discriminated against.

"These results are concerning and need to be addressed without delay.

"We were pleased, however, to note that the service has made good progress in recruiting female members of staff.

"Indeed, it has the greatest proportion of firefighters who are female in the country - the service is to be congratulated for this.

In conculsion, Inspector Williams said: "There are clearly many challenges that the service needs to overcome.

"I am encouraged by some early signs of progress, and will continue to monitor the service to ensure improvements are made."

The council said scrutiny arrangements have been strengthened and that the service being part of the council gives it "financial stability and investment" to ensure it is a "modern service."

In a statement, the council said: "That investment has ensured firefighters have the most up-to-date equipment, training and facilities to enable them to work safely and meet the challenges they face."

"So much work has been going on at the fire service to tackle the issues that have been raised here," Cllr Norman said.

"These include better scrutiny, audit oversight, investing in staff, restructuring and planning the service better.

"While we would obviously have loved to get a more positive outcome in this inspection we are on a journey and I have every confidence that this journey is moving positively and in the right direction as the re-inspection visit has demonstrated." 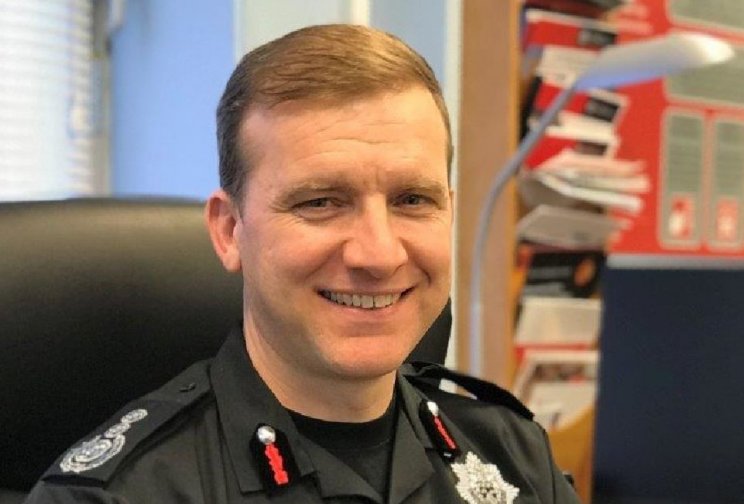 Wayne Bowcock, Chief Fire Officer said "I share Cllr. Norman's feelings on this issue and we are both clear that we're moving forward positively and rapidly.

"We have since been re-inspected on fire protection and significant improvements were found to be made.

"We're currently re prioritising the work of our teams to make sure we have the right people , in the right places to deliver for Gloucestershire.

"With the council's ongoing investment into GFRS and the continued hard work and dedication of my staff, I have every faith we will continue to improve at pace."

A further inspection of the Service, which employs more than 400 staff across 21 stations in Gloucestershire will take place in the summer of 2020.

The council added: "The service will continue with its cultural development and improvement journey, with the aim of achieving a good rating for the next inspection.

"This report and the fire protection re-inspection outcome will be reported to the county council's cabinet and scrutiny panels along with updates in the future on the progress the service is making."