Supporting these brave few could save your life

On a day like today, as the rains and bad weather hit Gloucestershire, and the news from Derbyshire echoes the flooding county folk know only too well, think of those standing by to help. 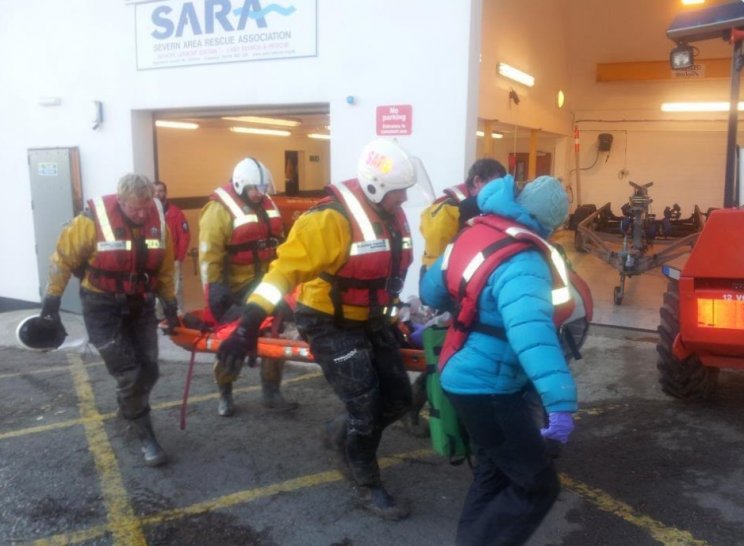 When the floods of 2007 hit the county, when there is a rescue to be done on the River Severn, when there is a search and rescue situation on dry land even, the emergency services turn to a small group of volunteers.

The team that scrambles to our calls for help 24 hours a day is a band of dedicated men and women running the county's very own specialist rescue service - SARA, the Severn Area Search and Rescue.

The county - despite being coastal - is not covered by the RNLI.

Why do we mention them now? Because it has come to Punchline's attention that it needs the help of business.

Emergency services like the Fires Service, police and Coast Guard rely on SARA's expertise when the county is hit by floods, to rescue and evacuate, they call it day and night to employs its specialist skills to locate missing people county wide, from the elderly or mentally ill to those who might be a danger to themselves.

Events like the Gloucester Tall Ships, rowing regattas, dragon boat races, could not take place without SARA riding shotgun, usually out of the spotlight.

It’s Been a busy few days for all @severnrescue station who have been dealing with flooding. @sara_newport @SARAWyreF @SARAbeachley @SARATewks @SARASharpness #Volunteers Massive well done to all involved and thank you to the crews family’s for there support. pic.twitter.com/u1k3HjfDak

Sara's five inshore lifeboats are tasked by HM Coastguard to incidents in and around the Severn Estuary including the tidal lengths of the rivers Wye and Usk.

In 2018 the magnificent RNLI - an organisation SARA is often mistaken for - banked £186 million towards its running costs.

SARA, its 150 unpaid 'staff' and the aging two-stroke engines (all bar one) which propel its lifeboats that launch from its six lifeboat stations, managed on £223,000.

Its modest target for 2020 - to raise an extra £50,000. Surprisingly it has never made a concerted effort to approach the business community, relying instead on good old tin-rattling in the county's high streets.

Punchline has decided to try and help change that - starting with this article, but also with a bigger feature in its forthcoming December edition of its bi-monthly business magazine of Punchline-Gloucester.com.

In the mean time you can find out more on, and even donate through, the SARA website .