"It's hard to imagine a better partnership", said the man behind Wolfys porridge about a new partnership deal with Gloucestershire compatriots WCD Group.

The deal will see Wolfys customers given the chance to win a WCD manufactured instant boiling KettleTap worth more than £1,000 every time they get their porridge fix. 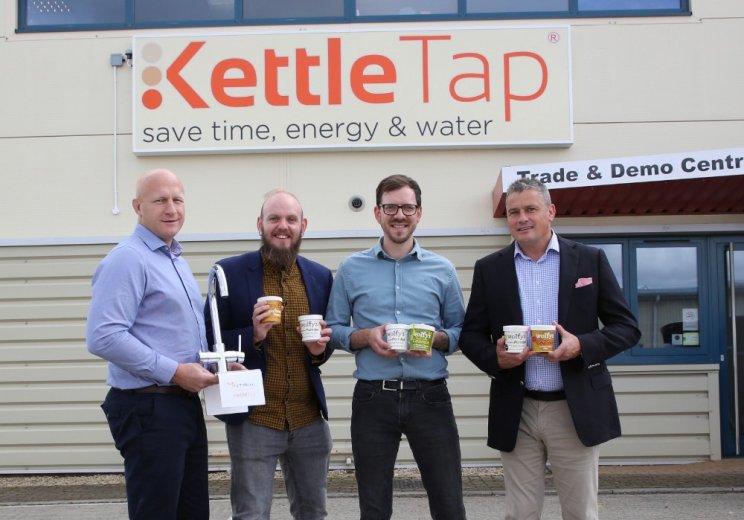 Based in the Stroud Valleys Wolfys has been making its high-end range of instant porridge and couscous snacks for 6 years.

Wolfys parent company Kitchen Garden Foods, founded in 1989 and with over 100 awards to its name, recently secured a lucrative contract to supply its preserves into North America.

In today's hectic on-the-go lifestyle a rising demand for quality, tasty food and beverages that can be made and consumed without effort and instantly has seen huge growth.

Wolfys is one of those brands and is featured in a host of supermarket chains, many cafes and eateries and on GWR trains.

WCD Group CEO Freddie Cairns Palmer said the 'spin-to-win a KettleTap competition that will feature on Wolfys packaging will be a huge benefit to the firm.

He said: "To showcase the KettleTap brand to consumers at high street names, such as Waitrose and the Co-op, is a huge accolade.

"But our partnership goes beyond the 'spin-to-win a tap' competition. We can offer Wolfys' client base attractive terms in investing in a hot tap for their business, café or eaterie."

"We have developed our own exclusive range of instant boiling hot taps with an experienced equipment manufacturer in Malaysia. 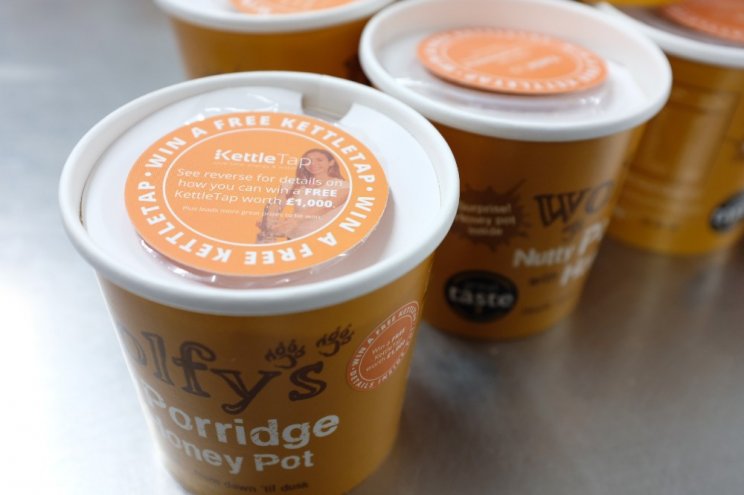 "The KettleTap delivers boiling water at the touch of a button perfect for making porridge, soups and pasta snacks as well as your hot drinks, instantly. Waiting for the old fashioned and slow kettle is past technology."

Joining forces and launching a fun and easy to enter 'spin-to-win' competition allows the two brands to drive awareness and engagement.

The aspiration values for this desirable kitchen appliance make the KettleTap at home in the domestic kitchen as well as the office.

It can make around 130 cups per hour in the workplace, which makes fast work of the tea round. V

For homeowners the WCD Group has just launched a brand new, and unique for this market, interest free credit facility where consumers can spread the cost between 3-12 months.

James Horwood, commercial director at Kitchen Garden Foods said: "It's hard to imagine a better partnership than that of Wolfys instant porridge, and an instant hot water tap!

"And, given that KettleTap is a local business, it seemed like a sensible tie!"

"It's such an amazing prize on offer and we're happy to throw some Wolfys into the mix too!"

The competition can be found in the pot asking consumers to go online and spin a virtual wheel to enter for a chance to win a 4 in 1 KettleTap.

There are many more runner-up prizes to be had including free porridge variety packs, money off coupons and also reusable metal Chilly's® bottles.

"We have previously featured Wolfys in our promotion campaigns showcasing how you can make porridge in a jiffy," Mr Cairns Palmer added.

"A KettleTap saves energy consumption and mains water by heating only what you need, when you need it.

"Energy efficiency is a key benefit in today's environmentally-conscious world and is partly why we are installing hot taps in business boardrooms and breakout rooms for teams nationwide, as well as new builds and kitchen refurb upgrades projects.

For more information on the Kettle Tap visit www.kettletaps.com/intrix-4-in-1-kettletap  and for more on Wolfys log on to  www.wolfys.co.uk