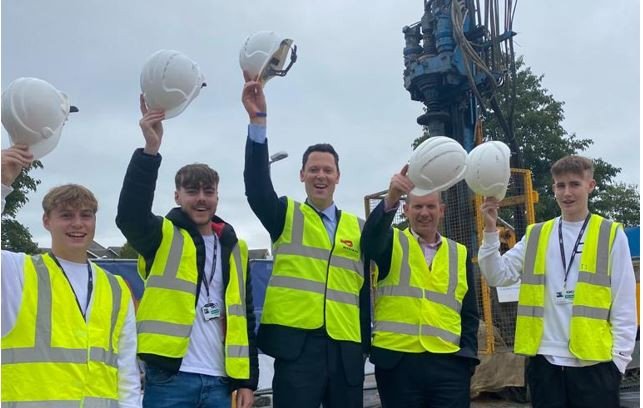 The college is leading the way in the sector and has pledged to be carbon zero by 2030 at the latest.

The £4.8m energy retrofit will transform its Cheltenham and Gloucester campuses via the installation of ground source heat pumps, solar panels and smart energy controls.

The project has been funded by a £3m government grant, topped up by the college's own funds. In financial terms, the project will pay off within around seven years, but the college's focus is all about climate change.

Matthew Burgess, principal for Gloucestershire College, said: "We've done it principally for saving the carbon emissions. It's our social responsibility to do that.

"For the students, the state of the planet is the number one issue for them. It's really important that we set an example to them and show the students there are things that you can do that will make a difference which aren't the little things at the margin.

"There's really big projects that you can do that will make a difference and we all need to embrace that journey. They're very positive about that.

"It's their future, it's tomorrow, so let's make it happen."

Work on the project is currently underway at the Cheltenham campus, with 40 boreholes, each 200 metres deep, being drilled in the car park.

Alex Chalk, MP for Cheltenham, went along to see the drilling in action.

He said: "If we're going to meet our climate targets, and it's massively important that we do, you can't play at it and say 'we're going to recycle a bit more from the photocopier'.

"You've got to address the key carbon generating issues and one of them is heating. This is a ground source heat pump which will provide reliable, green heat to this campus. That's a meaningful thing that will move the dial and will allow us to meet our net zero commitments."

Five workers from Midlands-based Hex Energy are aiming to drill one hole per day and be finished on site within seven or eight weeks.

Andy Howley from Hex Energy is an accredited heat pump installer, who has been in the ground source heat pump business for 26 years. 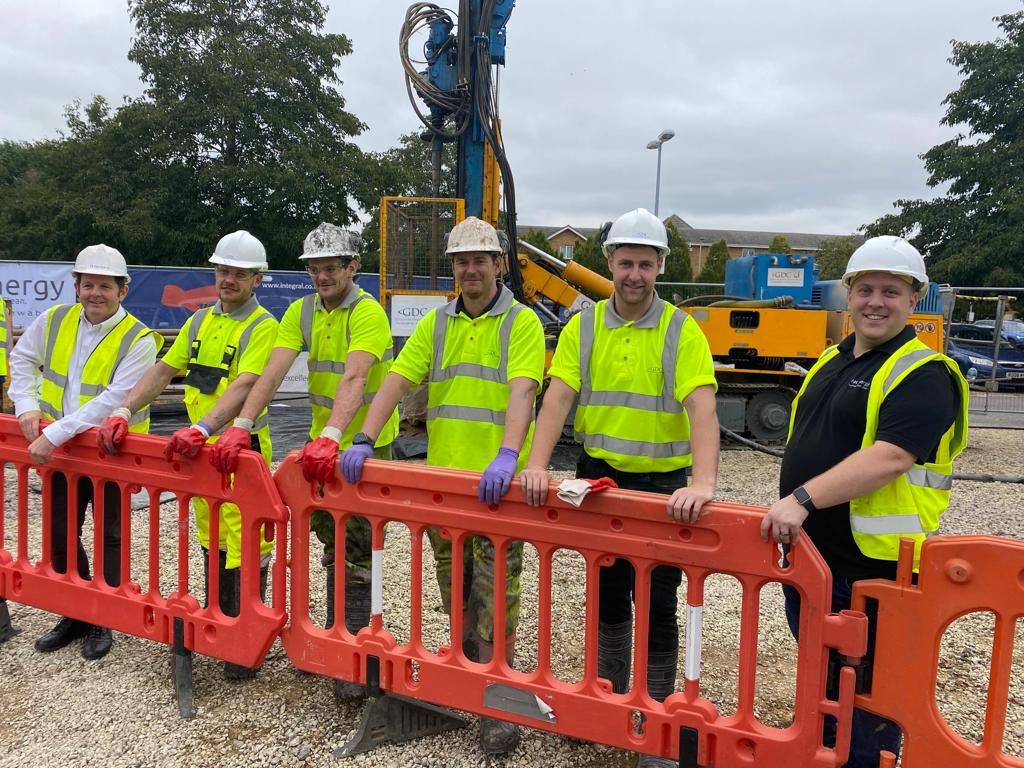 Andy said: "We install a ground loop into the borehole, which is a polyethylene pipe with a u-bend on the bottom. We put fluid through that and exchange it with the earth to bring in natural ground temperature. 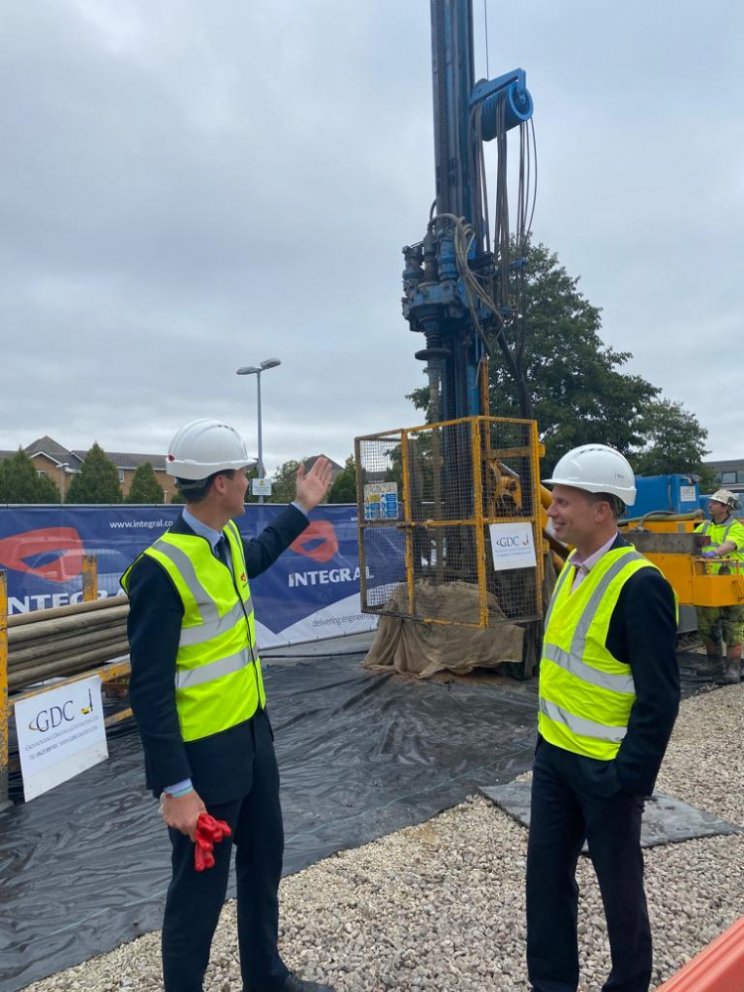 The technology for ground source heating has been used in Scandinavia for many years, but the UK is lagging behind.

Andy continued: "There have been issues with stop-start funding from the government, but hopefully the policies going forward will address that. We do need to have stable policy. Because if we don't have stable policy, we can't invest in the sort of plant that we've got on this site, which is a quarter of a million pounds per drilling rig."

Gloucestershire College is the first college in the country to drive decarbonisation; aiming to deliver net zero campuses by 2030 and operate renewably and responsibly across its three campuses in Cheltenham, Cinderford and Gloucester, including resources, facilities and transport links.