A 59-year-old chartered accountant collapsed and died from a blood clot five days after undergoing cosmetic 'tummy-tuck' surgery at a private hospital, an inquest heard on Thursday (October 20). 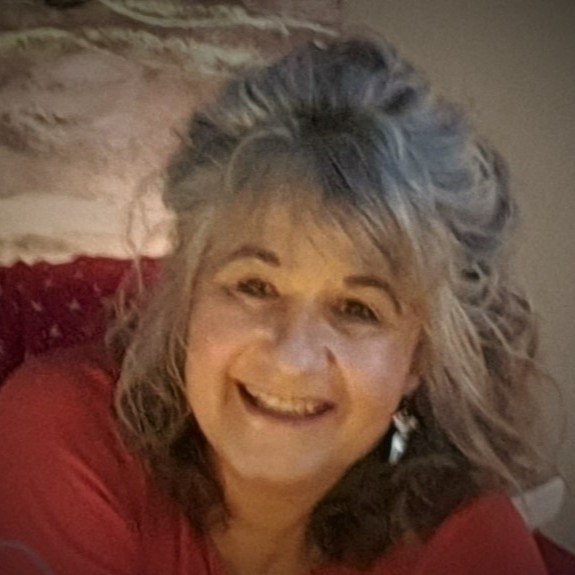 Mum of two Susan Kellock of Laburnum Walk, Stonehouse, near Stroud, Gloucestershire, who was finance director and interim CEO of EPIC Housing, had decided to have the surgery to remove excess skin which was a legacy of her giving birth to two 'very large' babies, a Gloucester inquest was told.

But five days after the procedure at St Joseph's Hospital in Newport, South Wales, Scots-born Ms Kellock collapsed in her garden with a pulmonary thrombosis while picking flowers and medics could not save her.

The Gloucester inquest was told that Ms Kellock, who hailed from the Scottish Borders, had the surgery on September 18, 2021, and was discharged two days later without complications.

Her partner, Jeremy Hilton, told the inquest she had developed a flap of excess tummy skin as the result of having her two very large babies and after many years of managing her weight the excess skin had led to discomfort.

She had reached the staged where she felt confident about having the problem addressed, he said.

"Whilst working in Bristol she met a colleague who had undergone breast reconstruction and she sought a consultation with the same surgeon.

"She had originally planned for the abdominoplasty surgery in the Spring of 2021 but because she wanted to provide support for her father, she delayed the operation until September that year.

"In June last year she began working as finance director and interim CEO for a housing association in Stoke-on-Trent, which resulted in long hours sitting at a desk while working from home, with little in the way of breaks.

"Lockdown also meant limited movement and the commute to Stoke, which would have provided her with some exercise.

"She had the operation in St Joseph's Hospital in Newport and it was reported as being successful by the surgeon. She was provided with documentation for potential issues and had already undertaken her own research at an early stage in proceedings, regarding risk as she had not previously undergone elective surgery before.

"She was not prescribed any blood thinning medication, only pain management and laxatives, when she was discharged on September 20, two days after the operation.

"Over the next few days she rested with her feet up but she was also mobile around the house. She resumed working because the first six months of her contract stated that sick leave was not permitted.

"She would sit at her desk while working and would often take to the sofa and put her feet up. She had a meeting scheduled in Birmingham later that week and it was agreed that I would take her there and drop her close to the venue and pick her back up at the end of the meeting."

The inquest heard that on September 23, the day before the planned meeting, Mr Hilton was working away from home and when he returned he discovered that Ms Kellock had been feeling queasy for most of the day, but had got up at 4pm.

Mr Hilton added: "Following an early supper, we prepared our house to welcome prospective purchasers for the property as we had plans to move. Susan went out into the garden to pick some sweet peas for use in a floral display.

"I went out a few minutes later to see how she was getting on and found her flat out on her back with her arms outstretched. She tried to speak to me and was fighting to breathe."

The inquest was told that Mr Hilton immediately called the emergency services and paramedics arrived within 10 minutes and took over the situation. However, she died at 8.40pm.

Mr Hilton later recalled that Ms Kellock had been suffering from pain in her right ankle which was making walking quite difficult.

This had persisted over the previous few months and had not gone away, he said. He recalled that she was generally active and was always on the go. She had even attended the gym in the earlier part of the year.

Sherif Wilson, the consultant plastic surgeon at St Joseph's Hospital, told the inquest that he had gone through the whole procedure with Ms Kellock prior to the operation and had explained that even though she was a large lady, with a Body Mass Index of 32, he was able to go ahead with the operation because she was under the BMI limit of 35.

"The operation went well," he said. "It lasted for two-and-a-half hours and there was no problem with the procedure.

"Ms Kellock left surgery wearing a pressure garment which I told her should remain in place for six weeks along with surgical stockings. My anaesthetist would have indicated to me if she had any concerns with the patient.

"All patients are given a full debrief by the medical team before they are discharged. I didn't prescribe Heparin (an anticoagulant) because of the potential of post-operative bleeding, which outweighed any therapeutic benefit."

Jan Green, director of clinical services at St Joseph's, said she was responsible for the hospital's clinical standards and those carried out by the nurses.

There is a protocol looking into the risk of deep vein thrombosis undertaken by hospital staff, using the NICE (National Institute for Health and Care Excellence) guidelines, but this had changed during the Covid pandemic, she said.

"This would have been ascertained at the time in respect of Ms Kellock, however it was not necessarily recorded, and this procedure has since been changed and is now documented," she added.

Ms Green said that Ms Kellock would have had a face-to-face consultation prior to the operation and would have been given appropriate literature. She would have also received a question and answer leaflet when she was discharged.

"We always advise that when patients feel physically well enough after an operation they should start exercising by walking around the corridors and taking themselves to the bathroom.

"We wouldn't direct them to walk half-a-mile, but we would encourage them to get mobile as fast as they can to aid recovery."

Ms Green explained then when a patient dies unexpectedly following an operation an investigation is carried out and a report is compiled and submitted to relevant bodies. She said that following the report in Ms Kellock's case, changes have been made in the last six months in respect to one of the administrate procedures that had been highlighted during the investigation.

A post-mortem was carried out by Dr Terence Jones who concluded that Ms Kellock had suffered from thrombo-embolis in the pulmonary artery following a deep vein thrombosis in her right leg.

Dr Jones said that the cause of death was recorded as being pulmonary thromboembolism due to deep vein thrombosis after immobility following surgery for abdominoplasty and liposuction.

The assistant coroner for Gloucestershire Roland Wooderson offered his condolences to Ms Kellock's family and recorded a narrative conclusion in which he stated "Ms Kellock passed away on September 23, 2021 at her home address in Stonehouse. Five days earlier she had undergone elective abdominoplasty and liposuction procedure at St Joseph's Hospital in Newport.

"She was discharged home on September 20, without any complications. On September 23, paramedics were called to her home in Laburnum Walk due to concerns over her medical condition.

"But despite assistance given by paramedics they were obliged to confirm her death at the scene."

**The funeral of Ms Kellock, who was from the Selkirk and Galashiels area of the Scottish Borders, was held in Melrose and she was buried there in the Wairds Cemetery.

Her funeral notice stated: "Died unexpectedly on September 23, 2021, aged 59 years at her home in Stonehouse, Gloucestershire, loving partner of Jeremy Hilton, younger daughter of Keith Holme and the late Betty, sister of Elizabeth Orr (nee Holme) mother of Seumas and Munro and dear aunt of Hollie and Jessica."