A commercial development alongside Gloucestershire Airport with the potential to deliver more than 1,500 new jobs has broken ground, and is said to be attracting 'strong interest' as the region's economy continues to bounce back. 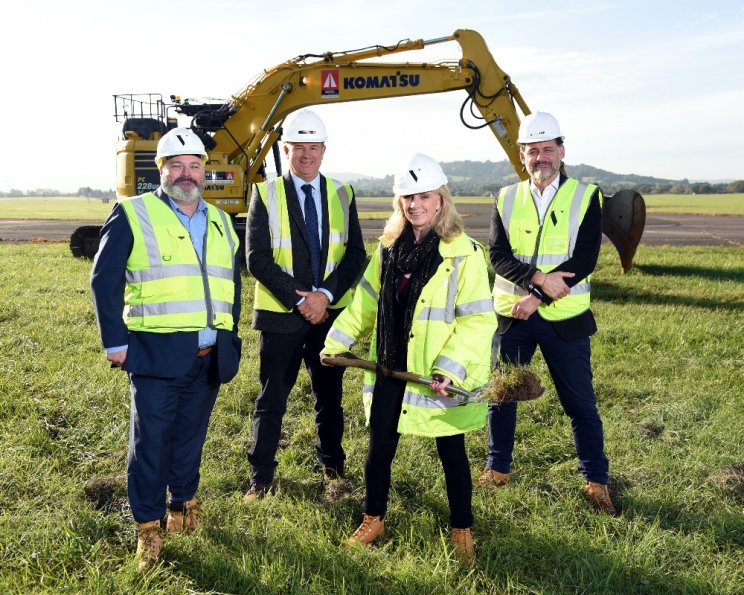 The new business park, named CGX Connect, will be located on land within the northern perimeter of Gloucestershire Airport between the existing Anson and Meteor business parks. Once complete, it will provide around 30,000 sq metres of flexible floor space for businesses operating in the logistics and industrial sectors. 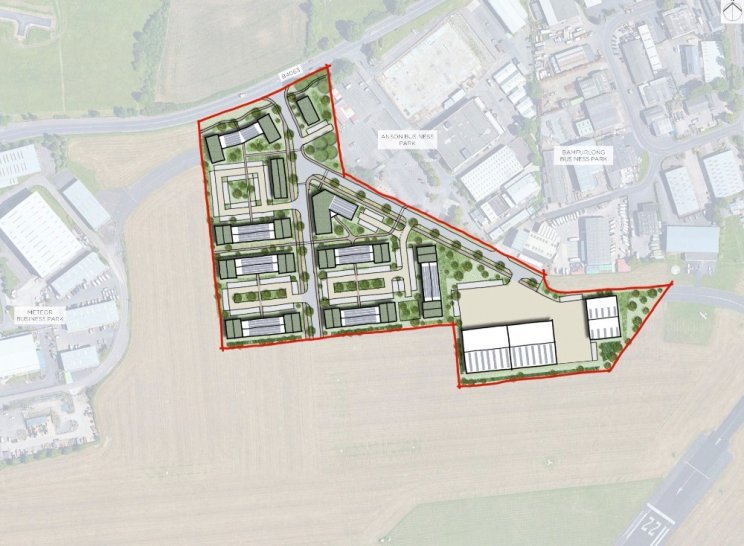 Original plans for the project were amended after opposition from some businesses which operate out of the airport, due to the potential loss of an area used for helicopter training and the closure of one of the cross-wind runways.

Taking the feedback onboard, fresh plans saw the movement of the development's southern boundary reducing the total area of the site to 5.9 hectares. These plans were approved by Tewkesbury Borough Council in February 2021.

And now, in the first stage of works on site Westcountry-based Montel Civil Engineering will begin by creating an entrance into the development, divert and protect existing and new services. They will also widen access to the B4063 to allow a dedicated right turn for those coming from the west.

To do this, the firm will clear the site, create suitable drainage using existing sewers, construct new carriageway with two pedestrian refuges, and install streetlights, signage and road markings.

These works are expected to take 20 weeks, with completion scheduled for Spring 2022. Montel was selected as the contractor for the work by Gloucester-based project manager Vitruvius.

GFirst LEP is providing £1.885 million in Growth Deal funding to support this infrastructure work needed to deliver the new development. 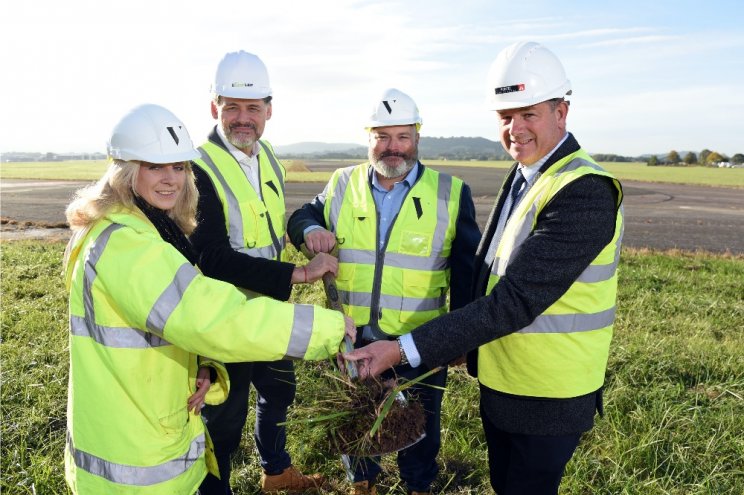 Karen Taylor, managing director of Gloucestershire Airport, said: "With such a good location close to the road network and with the airport on its doorstep, we're already seeing interest in CGX Connect from businesses across Gloucestershire, the West Country and further afield.

"It will play a key part in our sustainable business growth in the decade ahead, so we're excited to now be at a point when we can start to unlock CGX Connect's potential." 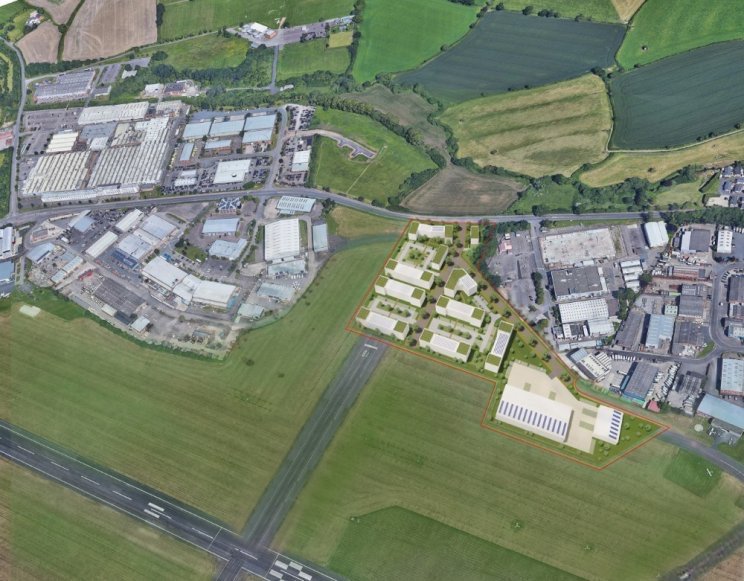 Mark Price, managing director of Vitruvius Management Services, added: "It's hugely satisfying to see work getting underway, having partnered with Gloucestershire Airport on CGX Connect as part of its ambitious ten-year plan. As project managers, we'll continue to keep things on time and to budget, to create quality flexible space for growing commercial and industrial businesses."

David Owen, chief executive of GFirst LEP, said: "We're proud to deliver Growth Deal funding for such an ambitious transformational project in the county, delivering up to 1,500 quality jobs. It's fantastic to help break ground on a such a key development for Gloucestershire."

A construction plan is said to have been carefully developed to avoid impacting the operations of existing nearby businesses. In addition to writing directly to residents and businesses to keep them informed on the progress of the works, Montel has put in place a dedicated 24-hour helpline 07795 415752 for any queries as the work progresses.

A project specific webpage will also be regularly updated with details of the works progress - including advance notice of any temporary traffic management systems that might be put in place.

Simon Turbutt, managing director of Montel Civil Engineering, said: "We've a proven expertise and an excellent track record working as principal contractor on traditional schemes as well as larger design and construction projects. So the team's delighted to have been selected to deliver such a high-profile project."