A man who dumped a 'significant amount' of household waste in a Gloucester car park has been ordered to pay more than £2,200 in fines and costs.

Ashley Whitlock of St Aldate Street in Gloucester was found guilty of failing to comply with a housholder's duty under the Environmental Protection Act.

The offence took place on or around September 20, 2018 when an incident of fly tipping was reported to Gloucester City Council. 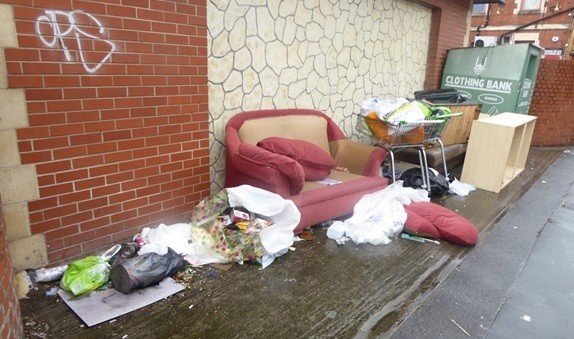 A council officer attended the scene at Vauxhall Road and found a significant amount of household waste had been left by a toilet block at the entrance to a private car park.

Correspondence relating to Mr Whitlock was found in the waste. He was originally offered a fixed penalty instead of being prosecuted by denied the offence, blaming it on rough sleepers.

The prosecution under the Environmental Protection Act states an occupier of a domestic property has a duty to take all reasonable measures to ensure waste is transferred to an authrorised person.

Cheltenham Magistrates Court was told that the deposit of waste was an "eyesore" that could have attracted rats and that Mr Whitlock had shown a "disregard for the environment."

Mr Whitelock failed to attend the proceedings so the case was heard in absence. He was fined £1,760 and ordered to pay £300 in costs and a £170 victim surcharge.

Councillor Richard Cook, cabinet member for environment at Gloucester City Council, said: "This hefty fine sends out a clear message that we will not tolerate people disposing of their household waste in this manner.

"Gloucester City Council spends more than £1million a year cleaning up litter and and fly tipping from its streets and we are determined to stamp it out.

"Fly tippers should think twice about their actions as they will be prosecuted and severely punished by the courts if found guilty."