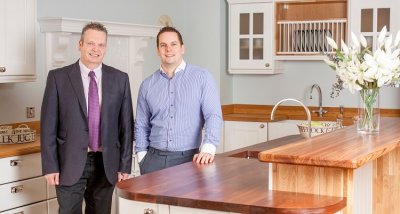 The Quedgeley-based firm, founded by father and son Martyn and Will Rees in 2008, has been sold to Broadview - owners of the work surface brand Formica.

DOS turned over £37million last year, boosting profits by 150 per cent and selling more than 200,000 worktops.

It has 270 full-time employees.

Its flagship Worktop Express brand sells primarily online although the company has eight showrooms across the UK, including at its base at the Waterwells Business Park.

In a statement announcing the acquisition, Broadview said it "aims to expand its position in the value chain of surface materials".

It continued: "Key goals are continued development of the positions of DOS in the United Kingdom and Germany, as well as expansion into other markets.

"With access to innovative and premium products of its new sister companies, DOS is expected to benefit significantly from the new co-operation.

"DOS will continue to operate independent and Broadview plans to work with the existing management going forward."

As well as Worktop Express, DOS sells a range of oak kitchens and has a kitchen surplus and budget brand, The Chippy Shop.