A Gloucester city centre beggar who persistently broke an anti-social behaviour order has been jailed for four months.

Daniel Walton, aged 40, appeared at Gloucester County Court last week and admitted nine breaches of the court order between April 16 and May 13. 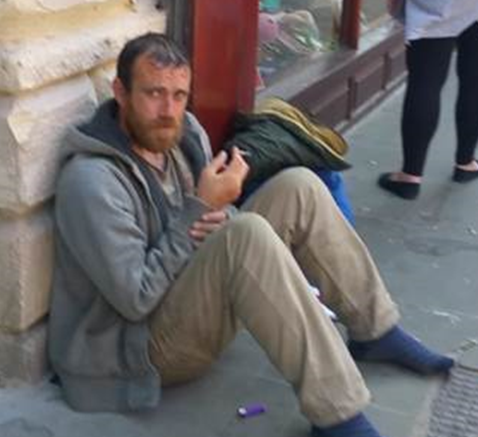 He was sentenced to four months custody for each of the breaches, with the sentences running concurrently.

PC Andy Plant from the Gloucester City Neighbourhood Team said: "We will continue to offer support to those who find themselves homeless.

"However we will not tolerate those who are accommodated, or have been offered accommodation, yet still continue to try to fool the public into feeling sorry for them and giving them money.

"Walton breached his injunction numerous times and police, alongside Gloucester City Council, have pursued this matter which has resulted in a prison sentence.

"We would always urge anyone with concerns about anti-social behaviour or aggressive begging to contact police."

The civil injunction order meant Walton is forbidden from obstructing the highway by sitting or standing on the footpath or street or public highway in the city of Gloucester with or without his belongings or dog, with any receptacle for collecting money, or with his arm/hand outstretched.

Councillor Jennie Watkins said: "Gloucester City Council works in partnership with the police and other agencies to engage and support those who need help to make changes in their lives and avoid the need for them to beg on the streets of the City.

"However, in cases where individuals are in receipt of support and chose to beg despite this, we will work with partners to take appropriate action to avoid distress to the public."