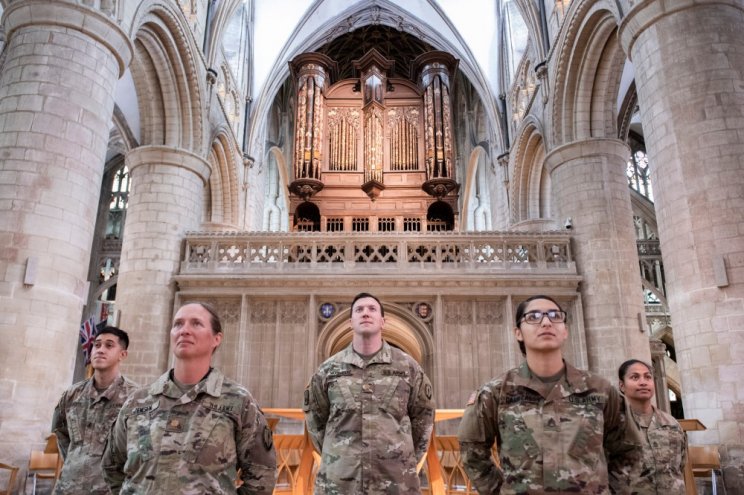 US Army soldiers serving with NATO in Gloucester have marked Independence Day as the Cathedral's bells to chime the America national anthem.

The troops paraded in front of the Cathedral as the bells rang out the Star Spangled Banner to honour 10 years of US forces in the city as part of NATO's Allied Rapid Reaction Corps. 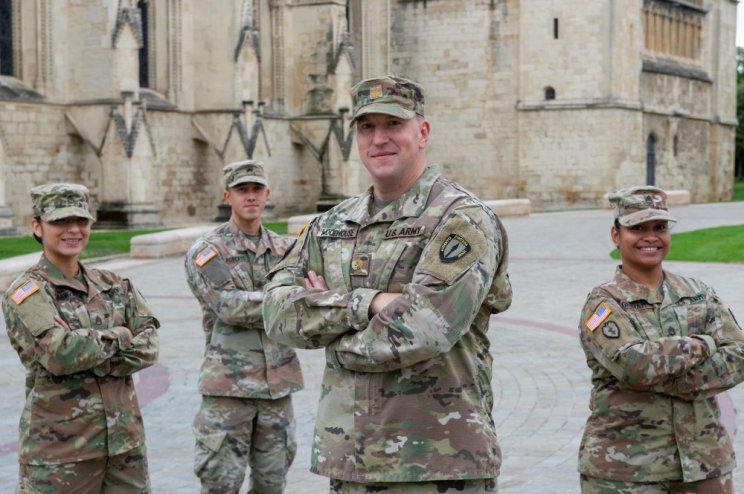 The tune was composed by Gloucester-born John Stafford Smith in the 1770s before being adopted as the national anthem.

Major Mike Woodhouse of the US Army commanded the parade at College Green.

He said: "Today we're gathering to celebrate Independence Day and to celebrate the connection America and our national anthem has with Gloucester.

"It shows the respect between our nations that they're able to do this to celebrate the ties the Americans and the Allied Rapid Reaction Corps has with the Gloucester community."

Ahead of July 4 the American soldiers visited the Cathedral to hear director of music Adrian Partington perform the Star Spangled Banner on the same organ played by John Stafford Smith's father when he was the organist.

They also received a blessing from the Dean of Gloucester, The Very Reverend Stephen Lake.

The Dean said: "I think we're the only cathedral that has the Stars and Stripes hanging alongside the Union flag, showing the links.

"And for us that's important, not just historically, but because of the work of the Allied Rapid Reaction Corps who have been here nearly 10 years with us. It shows that keeping the peace is important to us all."

The US Army troops are among servicemen from 21 nations serving in the British-led ARCC which been based in the city since after moving from its former base in Germany.

Staff Sergeant Shamaire Carrizal, who serves in the Corps headquarters, added: "Any time I hear the national anthem immediately it brings tears, it's such a beautiful song.

"It's really nice to find out that the national anthem originally started out as a drinking song for the British."