The future development of Stroud will be the subject of a series of public exhibitions held by the District Council over the next month ahead of the publication of the Stroud Local Plan.

Planners from Stroud District Council will be available to listen to the views of residents on the draft Local Plan and responses to the document can also be made online.

Developers who are promoting major strategic sites will also be available to speak to separately at the open sessions. 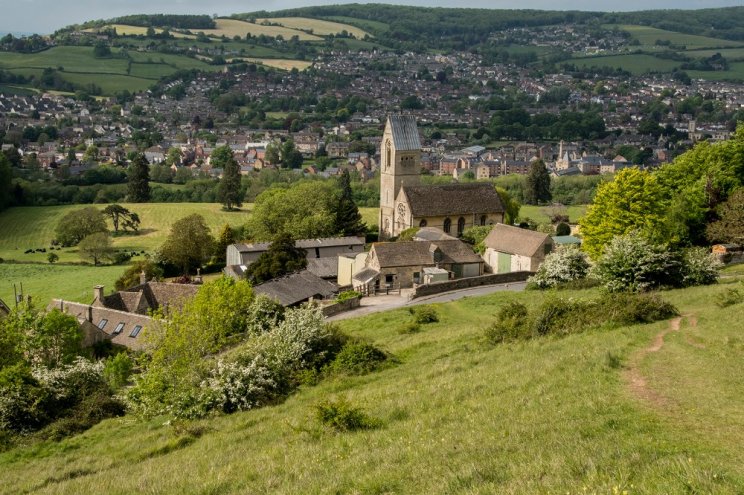 A Local Plan is a blueprint for development in a district, which maps out where homes, employment and leisure use sites will go.

The Draft Local Plan is a refinement of the Emerging Strategy which we consulted on last year and contains a number of key changes, including a series of alterations to alleviate climate change.

Some of the sites earmarked for development in Dursley, Minchinhampton and Standish have been removed due to fears over their impact to the Cotswolds Area of Outstanding Natural Beauty.

Sites in Frampton-on-Severn and Whitminster have been earmarked for some growth while further employment sites are identified at Javelin Park and Renishaw's New Mills site.

Stroud District Council said: "We have looked again at the strategy of concentrated growth versus dispersal in to villages in the light of public consultation results.

"But sustainability appraisal and a transport assessment has identified the clear benefits of concentrating most growth in terms of maximising the use of infrastructure and minimising the need to travel.

"One of the council's key challenges is to meet a 40 per cent increase in the target set by Government for new house building.

"If the new plan is not approved Stroud District Council could lose control of where homes can be built."

Currently 456 homes per year are being built in Stroud District. However the new National Planning Policy Framework announced in July 2018 raises the District target to 638 homes per year.

The consultation is part of reviewing the current Stroud District Local Plan - it was approved by a Government-appointed inspector in 2015.

The council added: "The first stage was an Issues and Options public consultation, which took place during autumn 2017, then the Emerging Strategy was consulted on in November and December last year.

"The timetable for progressing the Local Plan will require Council to approve the final Draft Plan in July 2020.

"After six weeks of statutory consultation in September-October 2020, the Draft Plan, supporting documents and representations received, will be submitted to the Government in November 2020.

"If the Plan submission is delayed, the housing requirement will increase, as the current Local Plan will be more than five years old.

The council's planning strategy manager Mark Russell said: "The Local Plan is a very important document for the whole district for generations to come.

"I would urge everyone who has a view to get involved in this stage of the consultation."

An extra exhibition date in Berkeley is to be confirmed.

Paper copies of the Draft Local Plan are available to view at parish and town council offices open to the public, public libraries and Stroud District Council offices.