Freddy cream of the crop in fundraising challenge

A dairy worker has raised more than £2,500 for a Gloucestershire hospice by running 10 miles every day for a month. 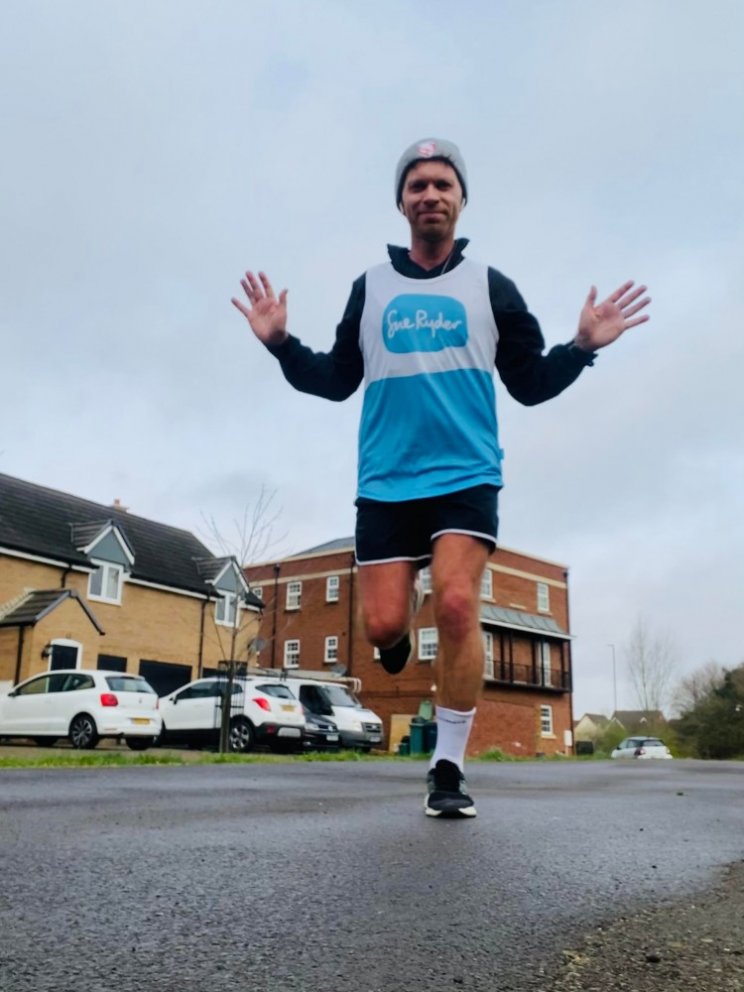 The semi-professional footballer, who is assistant manager of Bishop's Cleeve, said: "The hospice is so well known around Gloucestershire - almost everyone I know has had someone cared for there and the feedback is always really good.

"I have never done anything for charity before but I saw lots of people were doing things for charity in lockdown.

I wanted to do something to help the hospice, as I heard how much they were struggling during the pandemic."

Despite being a regular runner, he admits he found the challenge gruelling as well as the challenge of fitting in 10 miles around his shifts at the dairy.

"Half way through February I was flagging," he admitted. "It was cold. I was getting up early before work. It was either I get up at 6.15am and run or I get home at 6.30pm and go out and run, which was hard. Some mornings it was minus five to minus six so it wasn't ideal.

"But I plugged in my earphones and I got out there. I talk to myself when running too and during the challenge I would think about the people who are struggling and I would tell myself you're healthy and have a roof over your head.

"A lot of people have said I was crazy for doing it but so many people have donated including my work colleagues in Stonehouse and at our partner dairy site in Wales. It means a lot to have their support."

He has kept on running and walking and is updating his Just Giving page in the hope more people will continue to support him.

"I've definitely got the fundraising bug," he said. "It really gives you a push when you see people donating and spending their hard earned money. It gives you a real lift to get on out there and do it.

"I will definitely raise funds again for Sue Ryder. I am trying to think of some new ideas on what to do next.

"I want to go further as I like to push myself, but It will all depend on what we can and can't do as we exit out of lockdown."