Work to renovate and restore the ancient Four Shire Stone, which is said to have inspired The Lord of the Rings author, J.R.R. Tolkien, has been completed.

James Hayman-Joyce, the semi-retired chartered surveyor who led the campaign to raise £20,000 for the restoration, said: 'It's wonderful to see this piece of local history restored to its best and I'm so proud that it's all been achieved within six months. 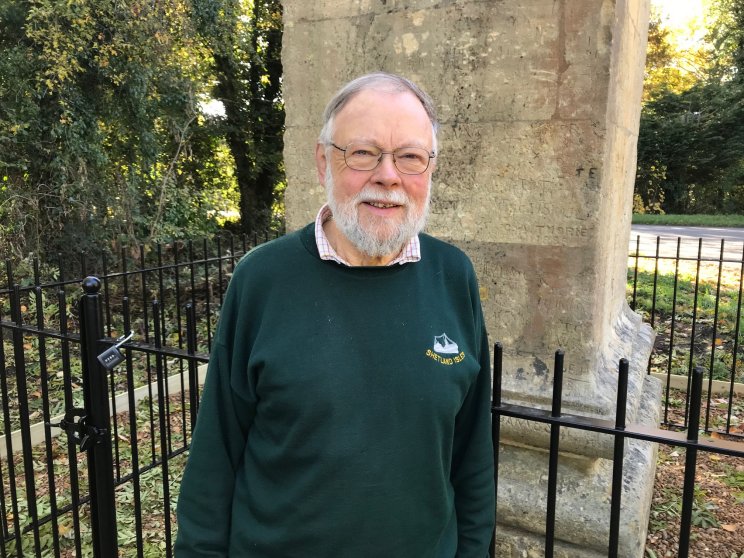 "There are a lot of local people and businesses to thank for their generosity, contributions and hard work in making this happen.'

The 15ft high pillar, around a mile and a half from Moreton in Marsh, marked the ancient convergence of the counties of Gloucestershire, Warwickshire, Oxfordshire and Worcestershire until a government reorganisation of the county boundaries in 1931.

That's when several parishes which were administered by Worcestershire were absorbed into Gloucestershire and four became three. 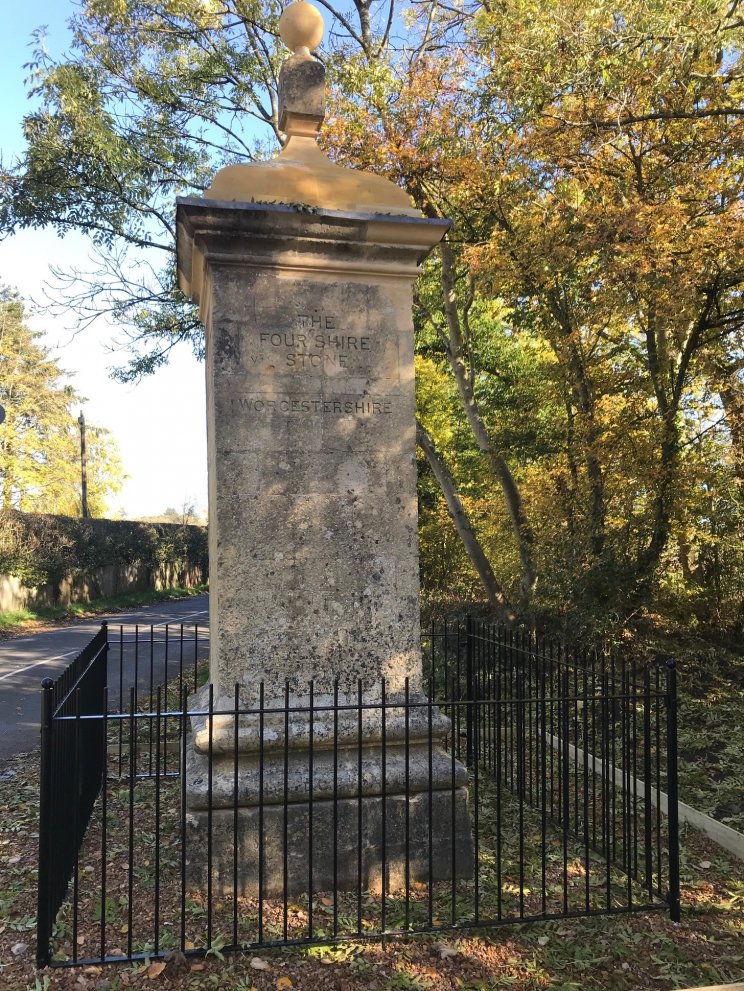 Mystery surrounds the exact date the stone was built and by whom but in a posthumously published edition of Daniel Defoe's A Tour Thro' the Whole Island of Great Britain, it states that it was built in 1741 although this has not been corroborated.

The stone - built in locally-sourced oolitic limestone - has had a colourful history and was a well-known meeting point and a venue for illegal prize fights in the 1800s.

J.R.R Tolkien was a frequent visitor to this corner of the Cotswolds and it is said that this waymarker on the road between Oxford and Evesham caught his imagination. Fans of The Hobbit and The Lord of the Rings will know of the Three Farthing Stone of the Shire.

The passing years had seen it fall into a sorry state, with much of the stonework crumbling and damaged by frost and algae. It was extensively and, it now transpires, rather poorly rebuilt when a lorry demolished it in 1955.

Mr Hayman-Joyce, who lives in nearby Barton on the Heath, added: 'I passed the stone on my way into the office in Moreton in Marsh and became increasingly saddened at its poor state of repair. I often thought that someone ought to do something about it. That someone turned out to be me.'

The project meant restoring and repairing the stonework, replacing the railings and enhancing the engravings on all four sides of the pillar.

He added: 'We have had some very generous donations as well as all sorts of sums of money sent from all over the country. Our local stonemason, Richard Podd, has poured all his expertise into the project and the result is that the Four Shire Stone now looks magnificent. It will stand tall and last for another hundred years.'

Details of the work involved and the history of the stone are on the website at www.fourshirestone.org.uk