A former Royal Engineer who made money from selling cannabis sent thousands of pounds of his illicit profits abroad to his wife and other people in four countries including two in Africa, a court heard.

Anthony Bignall, defending, pointed out to Gloucester crown court, however, that Hendy had sent in the region of £14,000 as the proceeds of drug dealing with the balance being made up of his own money.

Prosecutor Julian Kesner said that in February of last year police officers spotted the defendant making a drug deal by selling a small wrap of cannabis.

He added: "A short while later he was spotted again dealing with another person. He was arrested and readily admitted to the police he was dealing in cannabis.

"The police searched his flat and discovered it was set up for drug dealing with hundreds of small specialist bags all neatly lined up in a variety of draws. 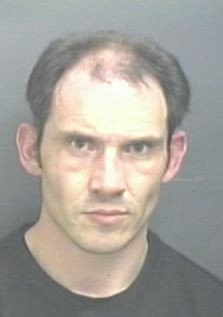 The court heard that in his police interview Hendy (pictured right) admitted he had been drug dealing for nine to ten years. He explained that he bought the drugs on credit at £4,000 a time and he made approximately £1,900 from each batch.

Mr Kesner added: "Hendy made 124 monetary transactions from February 2012 until his arrest and he had sent it to his wife and others, in four countries including Kenya and Nigeria.

"An examination of his mobile phone revealed that he had 18 different contacts within the local drug world."

Hendy told Judge Ian Lawrie QC that he suffered from post-traumatic stress disorder which he believes had been brought on by joining the Royal Engineers at the age of 16.

Hendy added: "I did two tours in Northern Ireland and served a total of six years with the nine Parachute Squadron. However having joined at such an early age I began suffering from PTSD and was formally diagnosed with the condition in 2008.

"Just before I was arrested my wife gave me an ultimatum as I had been putting cannabis before my family.

"My arrest was the kick up the backside I needed to turn my life around.

"I quit cannabis completely and I soon started work. I have been in employment for most of the time since my arrest."

Judge Lawrie said: "I am amazed at the candid way Hendy has recognised his drug involvement to such an extent that he has confronted his offending.

"However Hendy has crossed the custody threshold, but I am prepared to suspend the sentence.

"The gravity of the offending needs to be reflected in the sentence. But it is refreshing to hear evidence given in such a candid way."

Judge Lawrie sentenced Hendy to a year in prison, suspended for 18 months, ordered him to attend 15 rehab activity requirement days, complete 60 hours of unpaid work and pay a victim surcharge of £140.

The judge also ordered for the forfeiture and destruction of drugs, the drug paraphernalia and the mobile phone.