Stephen Vaughan didn't have long to wait for his next job to roll around after leaving his post as chief executive of Gloucester Rugby.

The former 18-30 Club rep, who led London 2012 Olympics hospitality for Thomas Cook before coming to Kingsholm as the boss of the club has swapped one Premiership club for another.

He was today unveiled as the new chief executive (sports) of Coventry-based Wasps, one of Gloucester's rugby rivals just a week after his last official day in his Kingsholm post. 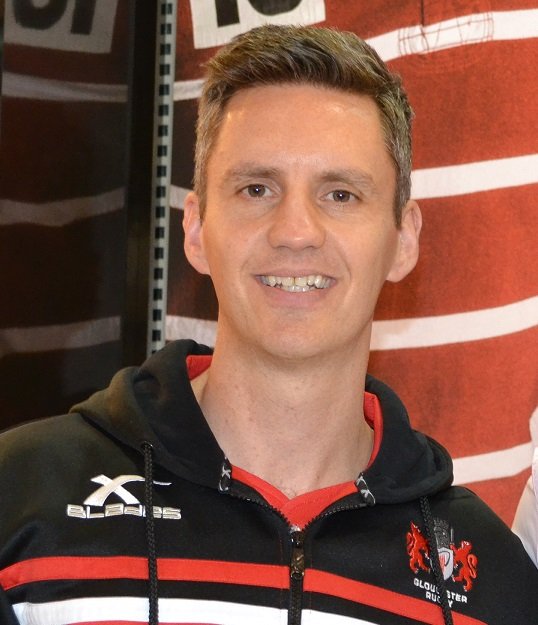 Mr Vaughan will lead Wasps' rugby and netball brands and lead the club's corporate and commercial teams as part of a management restructure at the club.

Wasps deputy chairman Nick Eastwood said: "Stephen has an impressive record of delivering results wherever he has been, so we are really excited to have him on board.

"He was the main architect of Gloucester's recent success and will be a great asset for us moving forward."

Mr Vaughan, who was in the top post at Kingsholm since finishing his work at the London 2012 Olympics said the chance to work for Wasps was "too good to turn down."

"Given the tradition of the Wasps brand and the first-class facilities that it has at the Ricoh Arena, there is so much potential here and I can't wait to get start on helping Wasps go from strength to strength."

Originally based in Sudbury south London, the club have had a nomadic existence before moving to the Midlands in 2014.

They played in west London between 1996 and 2002 before spending 12 years in High Wycombe, all of which time they played under the name London Wasps.

They moved to Coventry in December 2014, purchasing 50 per cent of the shares for the Ricoh Arena stadium, that was originally built for Coventry City.

Coventry have since been forced to vacate the ground over disagreements over rent and access to matchday revenue between the stadium and club owners.

The Sky Blues, who were forced to move out of the ground in 2012 and spent two years playing in Northampton moved back in 2014.

A similar set of circumstances has conspired this season and the League One club are being forced to play home games at Birmingham City's St Andrews ground.