Five drivers have been successfully prosecuted for unlawfully plying for hire in Cheltenham during Cheltenham Festival 2019.

All five drivers attended Cheltenham Magistrates Court and entered a guilty plea for the offences of plying for hire and driving without valid insurance after being caught during an undercover taxi operation at the March Festival. 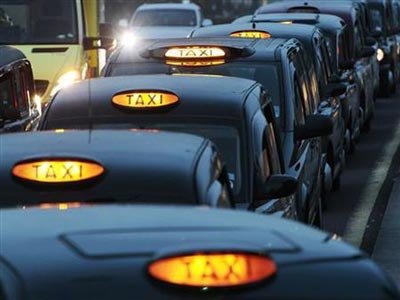 On Tuesday March 12, an Audi A3 driven by Mr Jamie Herbert, 19, of Cheltenham, was stopped by officers. Mr Herbert holds only a DVLA driving licence and is not a hackney carriage driver.

Following his guilty plea Mr Herbert was ordered to pay a fine of £120, a victim surcharge of £30 and costs of £300 - totalling £450; six penalty points were also imposed by the magistrates.

In the evening of Tuesday March 12, a Seat Ibiza was driven by Mr Wiktor Michalak, 22, of Bishop's Cleeve. Mr Michalak holds only a DVLA driving licence and is not a hackney carriage driver.

After entering his guilty plea, Mr Michalak was ordered to pay a fine of £392, a victim surcharge of £39 and costs of £350, totalling £781. Six penalty points were also imposed by the magistrates.

After establishing the driver was free and available, a price for the journey agreed and officers got into the car, before requesting that the driver pull over.

As a private hire driver Mr Farooq can only lawfully carry passengers who have booked their journey in advance through his Gloucester operator.

After his guilty plea, Mr Farooq was ordered to pay a fine of £346, a victim surcharge of £34 and costs of £400 - totalling £780. Mr Farooq also received six penalty points

On the morning of Wednesday March 13 a black Nissan Juke driven by Mr Jonathan Thomas, 27, also of Gloucester, stopped in response to two council enforcement officers. The vehicle driven by Mr Thomas was found to have been hired by a rental firm for this week.

Mr Thomas holds only a DVLA driving licence and is not a hackney carriage driver.

After entering a guilty plea he was fined £415, victim surcharge of £41 and costs of £500. The magistrates also imposed eight penalty points, however due to points already imposed on his DVLA licence, he was subsequently disqualified from driving for six months.

After establishing the driver Mr Mustaf Ali, 35, from Bristol, was free and available, and a price for the journey agreed, officers got into the car before requesting the driver pull over.

As a private hire driver, Mr Ali can only lawfully carry passengers who have booked their journey in advance through Mr Ali`s South Gloucestershire operator.

Sarah Hughes, licensing enforcement officer said: "These prosecutions give a warning to drivers who wish to capitalise on the additional footfall to Cheltenham during Gold Cup week that we will take action should they operate unlawfully.

"Where drivers prosecuted are taxi or private hire drivers, the local authority in which they are licensed will be informed of any prosecutions and these authorities may then refer the matter to their licensing committee to review the drivers licence.

"Ultimately a driver found guilty of these offences may end up with a fine, points on their DVLA driving licence and their professional licence being revoked.

"The public should be made aware that if they get into a vehicle not operating lawfully, they will not be covered by insurance in the event of an accident.

"The council urges the public to ensure that the vehicle that they get into is properly licensed, either by pre-booking a private hire vehicle in advance through an operator or by taking a journey with a Cheltenham licensed hackney carriage vehicle.

"Our enforcement officers will continue to carry out spot checks and monitor activity during major race meets."