A new business with a well-known name has just opened up in Lechlade.

New Wave Brasserie is the latest member of the New Wave Seafood business.

When Vera's Kitchen in Burford Street, Lechlade, became available, Tim Boyd, owner and founder of New Wave Seafood knew that it would make a wonderful new restaurant for Lechlade and the surrounding area. 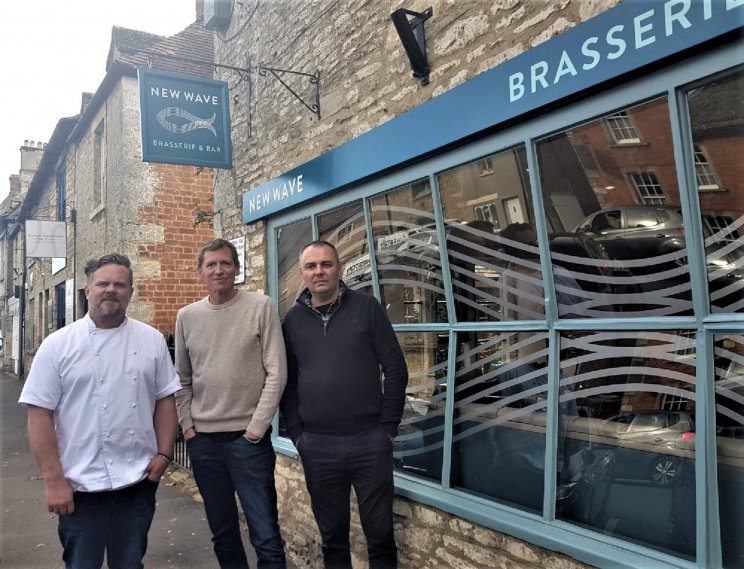 Tim said: "We realised that it could be a great site for a restaurant as well as setting up a retail fresh fish market. We embarked on this as a joint project with Bob Parkinson (formerly of Made by Bob) to design the restaurant and create the food concept."

Now visitors to the Cotswolds and locals in and around Lechlade can sample the delights of a fresh fish and seafood restaurant offering responsibly sourced produce from small Cornish day fishing boats.

The dining area that can cater for 23 people is beautifully decorated around the quirky wonky window feature that looks out onto the bustling A361 which passes through Swindon, Lechlade and Burford.

Work is currently underway to build 'a shack at the back' to serve another 36 customers and there are also plans to start holding a once-a-week fresh fish market in the quaint courtyard that links the brasserie with the shack-at-the-back.

The predominantly fish and seafood menu (although there are meat, veggie and vegan options for the meat-lovers, vegetarian diners and vegan customers) is splendidly varied with international flavours from Thailand and Japan created by head chef David Lloyd.

Tim added: "Many people would say we are crazy to open in this economic climate. However, we feel we will be offering something completely unique - a seafood brasserie serving classic, European seafood dishes, but also several small plates with an Asian influence."

Seven of New Wave Brasserie's staff are former employees of Vera's Kitchen and Tim has added a further three staff to the team, led by manager and local resident Alex Szabo.

"At the moment, New Wave Brasserie is open only for breakfast and lunch," explained Tim. "But when we open for dinner in the very near future, we will be looking for more staff. We are really pleased to be adding something to Lechlade and the local economy."