Cheltenham's Everyman looks to online magic ahead of theatre plan

The Everyman Theatre has headed online to ensure the show must go on and unveiled the first of next year's shows - as the Government outlined a five-stage plan for the return of the performing arts. 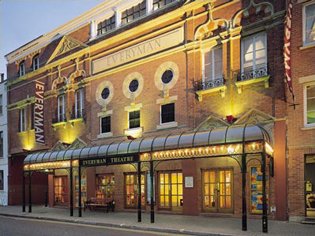 The Cheltenham theatre was among a collection of venues, producers, actors and governing bodies who wrote to the Government calling for help to ensure the industry avoids total collapse after being out of action since March.

Its cafe bar reopened for takeaways earlier this week and this weekend it will host a virtual Evening In of Deception, an online magic show hosted by BBC presenter Steve Knibbs.

And the Everyman has started to unveil its programme for spring 2021 with a production of The Da Vinci Code in May, following Shrek: The Musical and a show with Strictly Come Dancing dancer Oti Mabuse in April.

Other productions remain scheduled for later this year, including the pantomime Jack and the Beanstalk from late November.

The Government's five-stage plans to ensure productions go ahead has seen the first to stages put in place - allowing rehearsals and recorded performances.

The next stage will see outdoor performances with socially-distanced spectators, together with trialling indoor shows complete with limited audience.

That will lead to the fourth stage of more indoor performances before the final stage with increased audience numbers indoors and outdoors.

Culture Secretary Oliver Dowden said: "We know the challenges - theatres must be full to make money and performers need to be safe on stage as they sing, dance and play instruments.

"But I am determined to ensure the performing arts do not stay closed longer than is absolutely necessary to protect public health."

The proposals have been welcomed by industry figures with calls for a time scale so venues can plan ahead.

The first scheduled performance at The Roses in Tewkesbury is The Roy Orbison Story on October 2.

Gloucester Guildhall's schedule sees performances due to begin again in September, including rescheduled gigs by Dreadzone, Turin Brakes and and Sun Kil Moon.