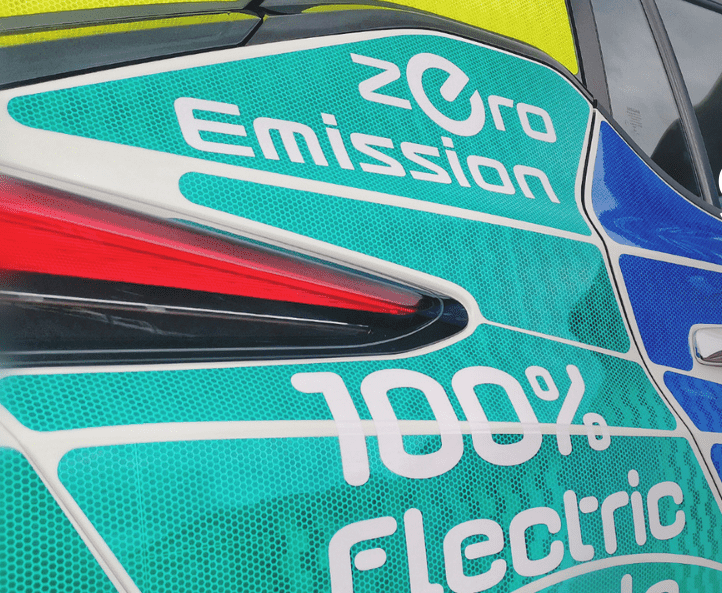 The force has invested in turning 21 per cent of its fleet - the highest in the UK among police forces - and its transport services department was named the Greenfleet Public Sector Fleet of the Year (Small to Medium) at a virtual award ceremony.

Polce and Crime Commissioner Martin Surl has named "A Green and Pleasant County" among his six priorities in his Police and Crime Plan with Gloucestershire the only police force to hold the ISO 14001 certification for environmental improvements within its buildings.

Mr Surl said: "This year our force has made a huge leap forward in its commitment to reduce carbon and pollution and I'm incredibly proud of the transport services department for making my hopes to electrify the fleet a reality.

"It is one thing for me to set these ambitious goals, but without the support and dedication of the workforce, this fantastic achievement would not have been able to happen."

The vehicles help to save around 283 tonnes of carbon dioxide each year, alongside decreased fuel costs and reduced servicing.

And the force aims to extend its electric fleet to 40 per cent within the next four years.

Head of transport services Steve Imm was commended as Public Sector Fleet Manager of the Year in the awards.

He said: "I'm so pleased the department has this formal recognition and can call itself a national champion.

"The hard work and dedication from my team has proven they are a credit to the organisation. They have helped put Gloucestershire on the map as one of the greenest public sector fleets anywhere in the UK."

While none of the vehicles are used as response vehicles, the majority are used by local investigation teams.