Almost half of UK charities expect their cash reserves to run out in the next year due to the cost of the coronavirus and loss of fundraising opportunities. 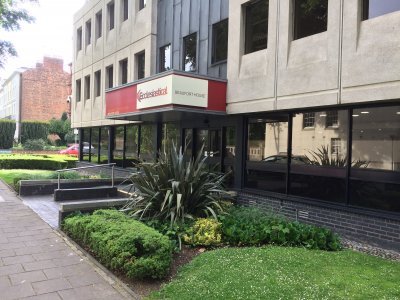 That is according to research commissioned by Gloucester specialists Ecclesiastical Insurance which revealed 47 per cent feared working through their reserves in the upcoming 12 months.

Twelve per cent expect it to happen in the next three months, rising to 17 per cent within six months.

And one fifth of respondents to the YouGov survey, which questioned more than 250 charities, were concerned about not surviving the next 12 months - a figure which rose to 28 per cent for the next one to three years.

The survey also found 55 per cent were concerned about a loss of funding with 71 per cent citing the coronavirus pandemic as a reason for their worries.

The worrying stats highlight the challenges facing charities with the Charity Commission saying 5,843 charities were forced to close between April and June, up from 4,900 the previous year.

Ecclesiastical's niche director Angus Roy said: "The findings from this research make for sobering reading, but they're no surprise given the extraordinary year we've had so far.

"Charities have become used to dealing with challenges, but this year has given us a perfect storm of a loss of funding through fundraising activities, a reduction in giving from corporate partners, as well as the general public, and an increase in need has left many charities at crisis point."

There are some positive findings in the survey with the need to adapt to restrictions seeing 83 per cent moving to digital methods of working and 52 per cent using social distancing or PPE to continue working with people who need their help.

Mr Roy said: "We fully appreciate the pressures charities are under and know that it might seem counter intuitive to look beyond the immediate need, however we would encourage charities to make the time to assess the opportunities, not just the problems that this new environment presents.

"We have seen charities identifying new means of delivering existing services, providing new services and looking at funding opportunities to secure the future of their organisations.

"Covid-19 has challenged us in ways we've never experienced before, but it also gives us that chance to be bold and seize on new opportunities."

The full findings of the Charity Barometer survey will be published next month.

Charity Finance Group policy manager Richard Sagar said: "This research helpfully highlights what many in the sector will already know, that so many charities are at breaking point, struggling to provide support for the most disadvantaged in our society at a time when that support is never more needed.

"But it also points to positive signs, that so many charities have adapted the way they work, to better support those most in need.

"Even with the flexibility and resilience they have shown, additional financial support will be crucial if we want to build back better after this crisis."