A couple who dedicated their life to running businesses at Gloucester's Eastgate Market have called time on their long career.

Julian Smith, 76, has worked in the Gloucester market since he took over his uncle's business, Cotters Bar, when he was 25. Cotters Bar was set up by Jim Cotter on his return from World War II. He started out by travelling round the county selling ex-army boots and clothing to farmers, before setting up his stall in the market.

Thirty-five years ago, Julian and his wife, Jane, took over the neighbouring stall from another World War II veteran. G Charles is a handbags and leather goods stall, which the couple ran together until their retirement at the weekend (10th July). 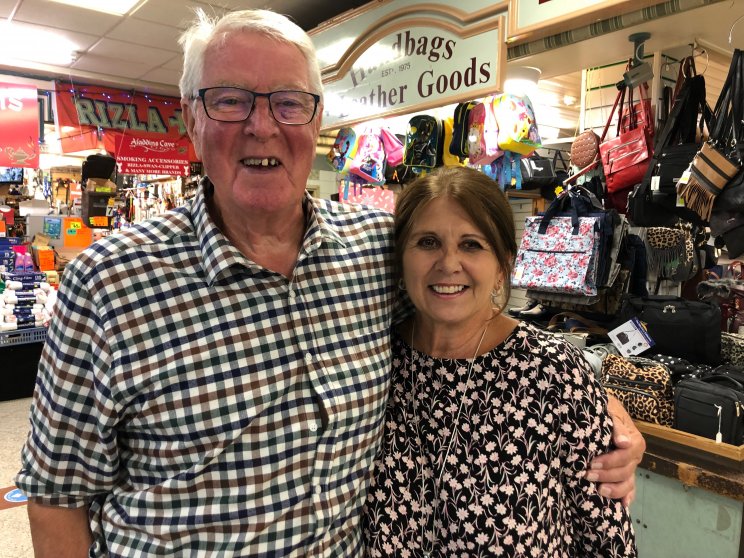 The couple saw the market transform from one dominated by food stalls to the thriving and varied market it is today.

Julian said: "There was a time when people used to queue up at the market to get their veg and their meat because there won't supermarkets everywhere.

Cotters Bar moved out of the market after 46 years and traded for 10 years on Northgate Street, managed by the couple's son, Oliver, before moving to Westgate Street. The family retired from the business and closed it down just before lockdown.

Julian started his career in retail, working in fashion in the North West of England. He was a store manager for Dorothy Perkins in Chester when he got the call from his aunt to say that his uncle had passed away and left the business to him.

As the longest serving trader in the market, Julian was presented with a cake by the town crier and mayor on Saturday.

Julian said: "The market is still here, it's still providing a spot for local people to buy from local businesses. That's important and let's hope it will carry on doing that."