Early closing is "crushing blow" to pubs and restaurants

Closing at 10pm as part of new government restrictions in the fight against coronavirus will deliver "another crushing blow" to many pubs and restaurants according to leading trade figures. 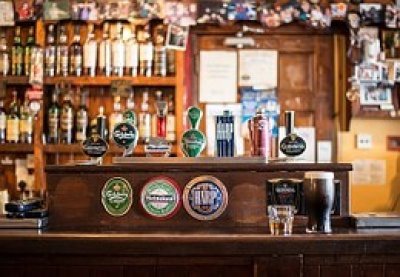 The Government has announced the change at hospitality businesses in England from Thursday as part of the latest measures against rising numbers of coronavirus cases.

Chief scientific adviser Sir Patrick Vallance warned yesterday that the current rate of increase would lead to 50,000 new cases each day by mid-October.

Cabinet Office Minister Michael Gove told the BBC closing at 10pm had a "beneficial effect" when introduced in parts of the country last week.

But UK Hospitality chief executive Kate Nicholls warned the move could prove one blow too much for many businesses - with minimal benefit.

She said: "These restrictions will come as another crushing blow for many hospitality businesses struggling to recover so it's crucial these new rules are applied with flexibility.

"A hard close time is bad for business and bad for controlling the virus - we need to allow time for people to disperse over a longer period."

She said the early closure would reduce revenues by 50 per cent as food orders would need to stop at 9pm.

The measures will also include compulsory table service at all venues.

"Table service has been widely adopted in some parts of the sector since reopening but it is not necessary across all businesses, such as coffee shops," she said.

"We agree with the Government that we are all in this together. Hospitality has played its part by investing in Covid-secure venues and reassuring their customers.

"Now, it's time for Government to demonstrate its commitment to the sector and its recovery - hundreds of thousands of livelihoods depend upon it."

Her views were echoed by the British Beer & Pubs Association which said a 10pm curfew "will devastate our sector".

Chief executive Emma McClarkin said: "Pubs were struggling break even before today and these latest restrictions will push some to breaking point.

"During the current circumstances every hour of trading it crucial to the survival of pubs - for many this curfew will render their businesses unviable."

She continued: "The Government now needs to act fast in putting together a comprehensive support package to ensure that thousands of pubs don't close their doors for good because of this curfew."

She said the new measures were particularly tough in areas which were not seeing a major rise in cases.