A Dursley man who robbed a terrified woman of her car at knifepoint - a crime that was later featured on Gloucestershire Constabulary's Channel 5 documentary 'Police: Night Shift 999' - was jailed on Monday (May 9) for four years and eight months. 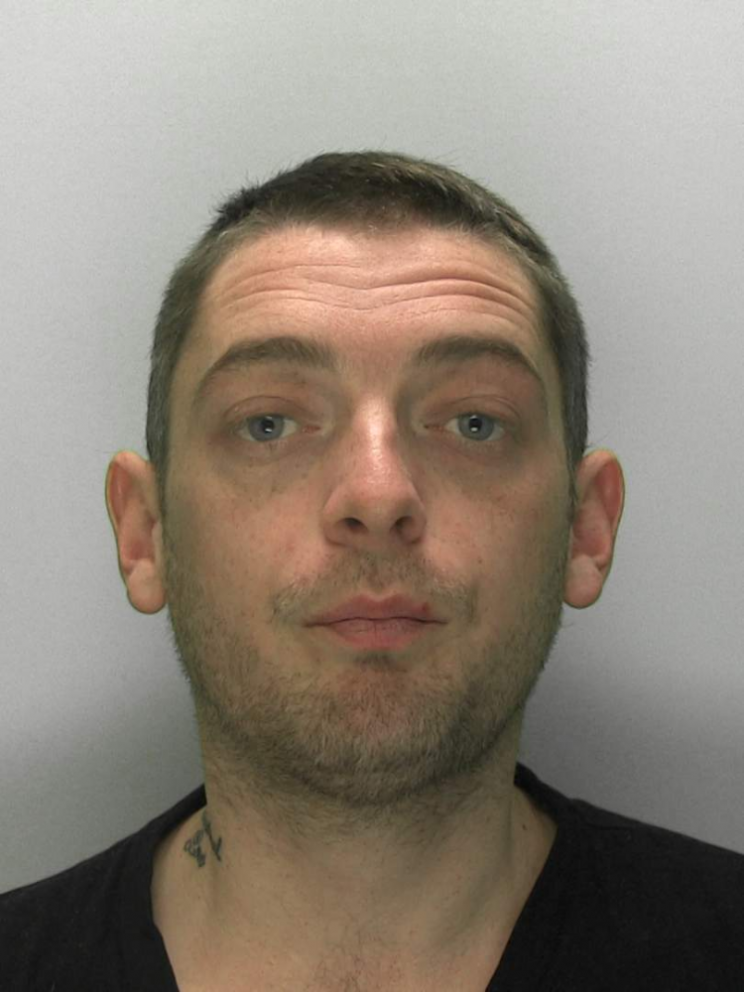 Sam Broder, 29, of The Crapen, Dursley, had sacked his lawyers ahead of the sentence hearing at Gloucester Crown Court, where he admitted robbing Christine Burton of a Hyundai Coupe in Mead Road, Abbeymead, Gloucester on November 5th 2021.

Ms Burton's traumatic ordeal was featured in the first episode of the Channel 5 documentary series in March 2022, and an excerpt from the programme was played in court.

Prosecutor Nicola Wood said that at about 7.20pm on November 5, 2021, Ms Burton drove to Tesco Express in Mead Road, Abbeymead, and parked in the priority parking space outside the front of the store.

"Shortly after this Broder, who was wearing a dark top with the hood up, crossed the car park and moved towards the area in front of Ms Burton's car," said the barrister.

"When Ms Burton came out of the shop carrying her shopping under her left arm, she had her car keys in her right hand.

"As she flicked the key fob to open the car door she felt a shove to her right shoulder. In a deep voice Broder said 'Give me your f***ing car keys.'

"Ms Burton turned towards him and she noticed that he was holding a small knife in his left hand. Broder then held this knife up towards Ms Burton's throat, making her feel extremely frightened - so much so that she thought she was going to die.

"She believed that if Broder quickly lunged towards her, she would not be able to avoid attack.

"Under duress Ms Burton stepped back and reluctantly handed Broder her car key. She then walked back toward Tesco and shouted for help while Broder got into her car and drove off." 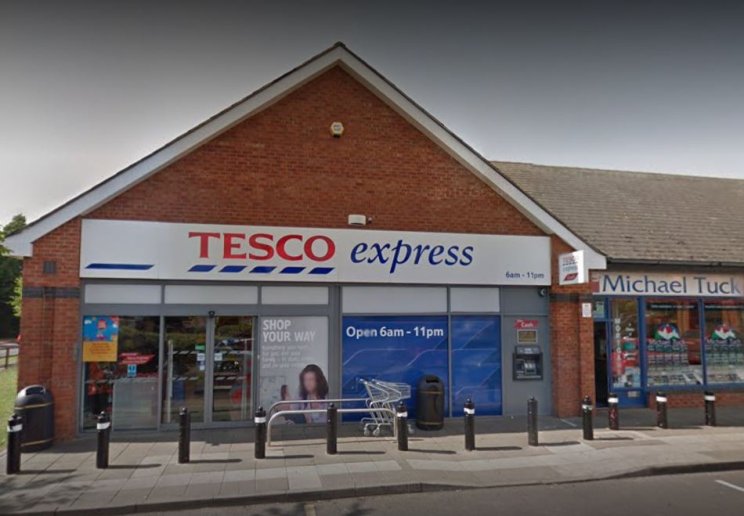 The court was told that police then issued an alert to mobile officers to be on the lookout for the vehicle and that the victim had given a good description of the knife that she had been threatened with.

Ms Burton had also fully described the Nike trainers that Broder had been wearing, as well as the sports bag he was carrying.

The court heard that the incident had also been witnessed by two other people who had taken photographs, and these matched the description offered by the victim.

"At around 9.40pm the same evening Ms Burton's car activated an automatic number plate recognition camera in the Sharpness area of the county and police responded to locate the vehicle," said the prosecutor.

"The officers stopped the car, with Broder in the driver's seat, in Salter Street, Berkeley while he was trying to drive away from a Co-operative store there. A small lock knife with a serrated edge was found inside the car, along with a sports bag."

The court then heard that when Broder was arrested, he was still wearing the distinctive top that had been identified by the victim.

After Broder had been breathalysed, he was found to have 46 micrograms of alcohol in 100 millilitres of breath, the legal limit being 35. He gave a 'no comment' interview to police.

Ms Burton described in a victim personal statement how she was prescribed medication to deal with the anxiety caused by Broder's actions and she explained that she had to take time off work because she feared attack from a hidden assailant.

She said that she had always found Gloucester to be a safe and friendly place until the incident.

She added: "I keep getting flashbacks of the incident. I now suffer badly from anxiety when I think I have seen his face and the knife being held to my throat. I feel silly not being able to remember much about the rest of the incident.

"I am a care worker, which includes night time working, which I now have to do with another person for my own safety.

"I keep asking myself, why did he choose me? I hope that in time I can recover emotionally, especially knowing Broder is locked up."

Judge Ian Lawrie QC said: "This is a very rare occasion that when a defendant is facing such a substantial prison sentence, there is no advocate to provide any mitigation. I will have to effectively undertake this task to follow the rules."

Judge Lawrie told Broder: "I have read the letters from your father and your aunt who express their concerns over your mental health. I accept you have been at the Wotton Lawn Hospital mental health unit, but because you were not sectioned, you left.

"You failed to cooperate with probation and the mental health team in their task of producing a pre-sentence report. This is a quantum-leap in your offending from your first conviction."

Broder told the judge that all his offending that day was down to his drug habit and alcohol misuse and added: "I hardly remember anything about the incident. I just made a big mistake.

"I wish to apologise to the victim. I am aware that I shall be prevented from entering Gloucester in the future.

"While I have been remanded in custody for the past eight months I have been bettering myself and I'm now clear of drugs and have been learning a trade in the building profession."

Broder also admitted driving the car without valid insurance in Salter Street, Berkeley; driving with excess alcohol by having 46 micrograms of alcohol in 100 millilitres of breath and possessing a lock knife in Salter Street on November 5, 2021.

In sentencing Broder, Judge Ian Lawrie said: "This is a difficult sentencing exercise because you still have outstanding mental health issues.

"This was extraordinary behaviour for somebody who was not experienced in the criminal courts before. You used a weapon to strike fear in your victim, who now is suffering from long-term stress and psychological damage.

"I have listened with care to the victim statement in which Ms Burton sets out that the passage of time has not diminished her sense of fear or her distress.

"The restraining order will give Ms Burton some reassurance that she will not ever meet you again.

"I have seen letters from your family in which they set out some of the problems you've had in your life.

"Please make use of your time in custody and address your mental health issues."

The judge sentenced Broder to a jail term of four years and eight months and banned him from driving for 12 months from the date he is released from prison. He ordered Broder to pay a victim surcharge of £190.

The judge also imposed an indefinite restraining order on Broder, banning him from having any contact with his victim by any means and prohibited him from entering Gloucester. He also ordered the forfeiture and destruction of the knife.

The judge then spoke directly to the victim and said he hoped she could now get on with her life in the full knowledge that Broder is behind bars for a significant period of time.