Forest of Dean District Council has approved recommendations to progress with the next phase of considering the Forest of Dean as a UNESCO Biosphere Reserve.

The decision comes after a public survey found that more than 90 per cent of residents said that the three main aims of biospheres are important to them - conservation, a sustainable economy and promoting learning and education about the local environment.

The district council asked residents and businesses to take part in the survey and share their thoughts for the economic and environmental future of the Forest of Dean. The survey received 602 responses. 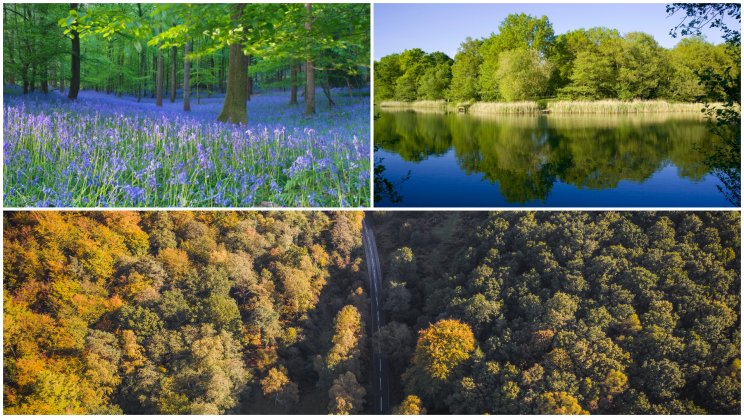 Cllr Chris McFarling, cabinet member for climate change, said: "Thank you to everyone who took the time to watch the videos, listen to the podcast series, read the material and take part in our survey last year.

"It is rare for a proposal for change to be so positively seen by local residents and the responses showed just how passionate our residents are when it comes to protecting the Forest of Dean for future generations.

"The vast majority of people want to see the local economy protected sustainably, they want increased focus on conserving our natural environment and they would like to see increased learning and education about the Forest of Dean's ecology and biodiversity. These initial indicators align with what we would be able to achieve if the Forest of Dean were to become a Biosphere.

"However, an important part of the survey was to also find out what concerns people had with the concept. The impact on house prices and over-tourism were among the most common concerns. This is something we will investigate and assess thoroughly before moving on with the next stage of the application process. We will consult with other British Biosphere Reserves to see how they have resolved these concerns."

Key findings from the survey:

• More than 90 per cent of people said the three main aims of a Biosphere were important to them: conservation; a sustainable economy; and promoting learning and education about the local environment

• The most important economic concept of a Biosphere to residents is encouraging sustainable farming and forestry methods, with 97 per cent of people saying it is important (and 82 per cent saying it is highly important)

• The most important ecological concepts are protecting the variety of species, enhancing unique habitats and encouraging a better understanding of how we can work with nature (more than 80 per cent said these are all highly important)

• Improving the sustainability of dwellings and commercial developments, improving low carbon transport and flood prevention were deemed important by more than 90 per cent of residents

The survey also asked people to share any concerns they had about the concept of Biospheres. The most common concerns revolved around the impact on house prices, a surge in second home purchases in the district and over-tourism. These concerns will be carefully considered before moving forward with the next stage of the Biosphere Reserve application process.

The nomination process to become a Biosphere Reserve should take between 18 and 24 months to complete.

In a district council cabinet meeting on May 12, it was agreed that a new project team would be set up to coordinate further work on considering the Forest of Dean as a Biosphere Reserve. This team would include the council's Local Plan, sustainability and regeneration officers, along with external partners such as Hartpury University & College and the Forest Economic Partnership.